New recruits for my French and Spanish armies. The first group are W. Britains lead figures kindly supplied by Paul Watson. Will be increasing these to two battalions. The second group are converted plastic guardsmen, now representing Spanish infantry. Still working on their standard bearer.

Have also included a photo of a naval figure, also sent by Paul. We were unsure of the manufacturer, its hollow-cast lead, and with a right shouldered rifle, may be continental. Decided to use the air vent to take a milliput pompom, and painted it as a French seaman. 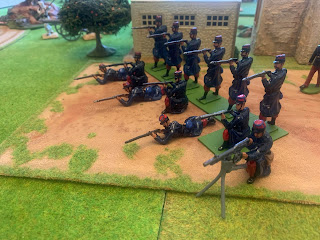 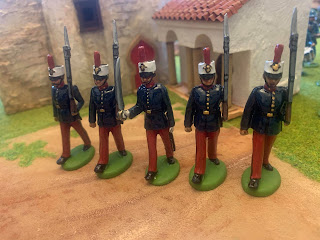 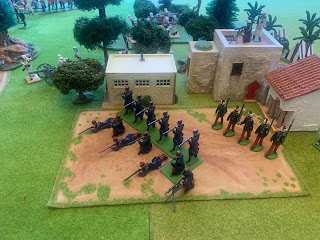 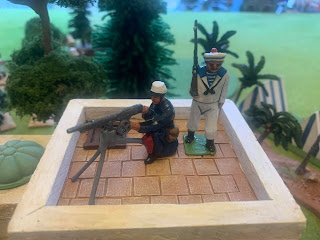