My German WW2 army has just gained some vital additions.
This navy-blue toy tank probably dates to the 1980s? Would welcome any additional information on this pull-back model, the company logo is 'MILITARY AFFAIR NO.108. Some very slight damage but not bad for £6.80 delivered. Decided to add a tank commander by converting a spare German Para officer. 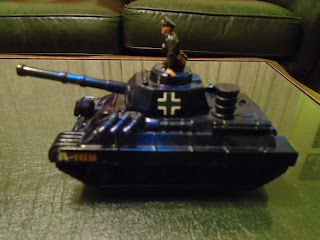 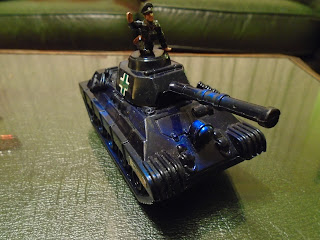 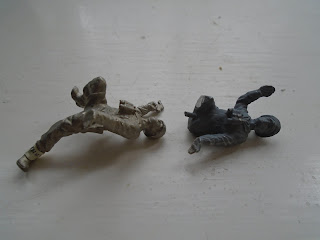 Some useful staff officers cleaned up, primed. and some conversion work. Kindly supplied by Paul Watson, these pewter figures were made in Hong Kong during the 1980s. Here are some completed models. 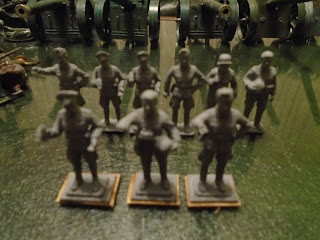 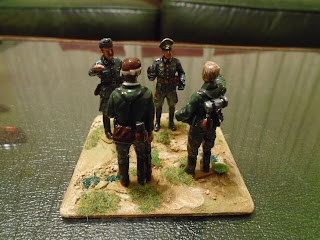 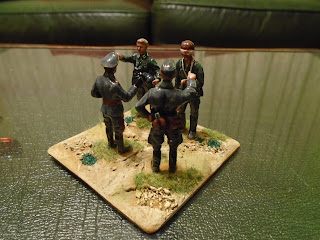 A couple of spare Airfix mountain troops have a metal officer added by replacing the head. 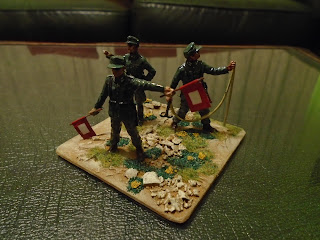 Four metal figures marching have furnished a company of Kriegsmarine, in their distinctive blue tunics. 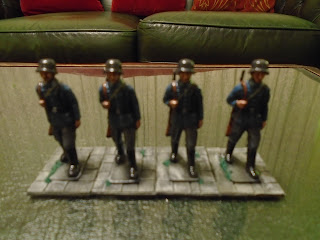 This was a project and a half. I had a wounded figure and some Africa Corps soldiers going spare. Decided to remove much of their accoutrements, ammo pouches, etc and convert them into a German field hospital (Italy 1944). Milliput was used to create the German medical coat and armbands. 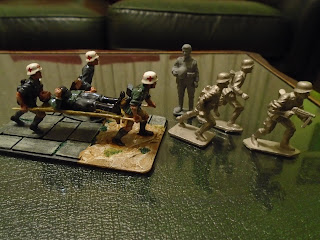 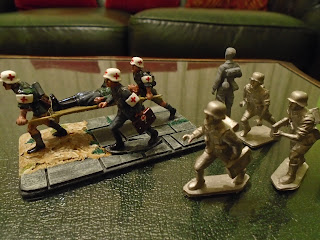 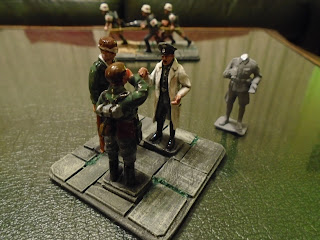 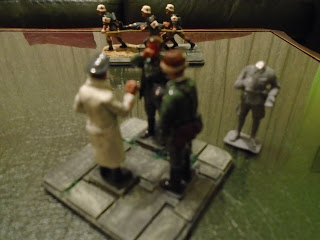 Email ThisBlogThis!Share to TwitterShare to FacebookShare to Pinterest
Labels: WW2