In retaliation for the invasion of Canada, a Royal Navy flotilla set sail from Halifax, Nova Scotia, with the intention of securing the Maine coastline. Seven cities and towns were selected. (All results, the size of the landing parties, the number of defenders, some tactical decisions, etc., were determined by dice.)

Ellsworth....... Having informed the RN flotilla they would not declare their neutrality, a landing party, comprising 12 RN, and 3 Royal Marines, were instructed to secure the city. Foreseeing such an attack, the residents were well prepared, and were able to quickly muster two NG units, one of 12, and another of 6. A further 6 armed civilians also offered their services. The latter took up post in a large house, while the NG blocked the coastal highway and bridge to the city.

The RN landing party deployed as skirmishers and moved towards the city.. On move three they came under fire from the house. Hesitant to advance further, a message was sent to the flotilla for their guns to open up on this prominent target. On move five there was a direct hit on the house, no casualties but those inside scattered. Unfortunately for the Empire troops, the flotilla guns could not be redirected for fear of hitting their own side. Two further shells did level the house.

By move seven the RN commander had spotted the NG had moved to turn his right flank, he also noted they had occupied a watermill. He decided to advance on this position but in the following exchange of fire two RN and one NG were casualties. On move nine the commander of the Americans rallied the scattered civilians, and with the smaller NG unit, decided to advance on the three Royal Marines. At this point, the RN commander ordered a withdrawal to the rowboats. The Americans sought to pursue but a flotilla gun fired a perfect shot where the house had once stood, and the American commander decided not to hinder the landing party's withdrawal.

This was an exciting game completed in twenty minutes. With only three casualties.

Belfast....... The city accepted terms, to be neutral, not to participate or contribute in the current conflict.

Rockland....... Declined to accept terms. A landing party was duly sent but met no opposition. All government property and war munitions were seized or destroyed. A gunboat is now anchored in the harbour.

Wiscasset..... Declined to accept terms. Due to poor weather conditions the flotilla moved on.

Portland..... Declined to accept terms. With their coastal batteries and strong garrison (50) the flotilla has restricted itself to implementing a naval blockade of the city.

Biddeford..... Declined to accept terms. A naval landing party was dispatched. In a very minor skirmish some NG were able to inflict two casualties for only one on their side. Being greatly outnumbered, the NG were obliged to retire. and the city is now occupied by Empire forces. 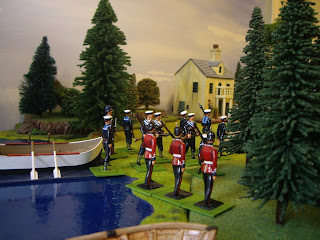 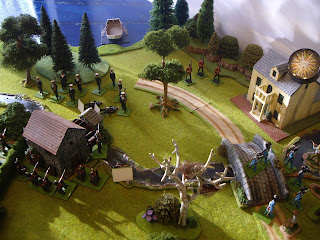 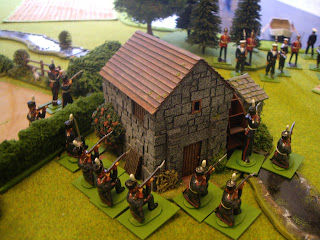 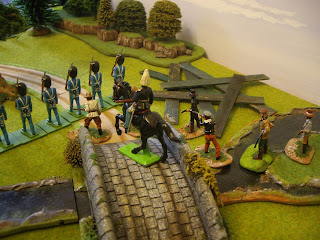 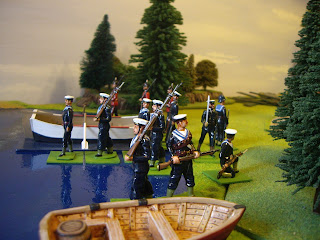 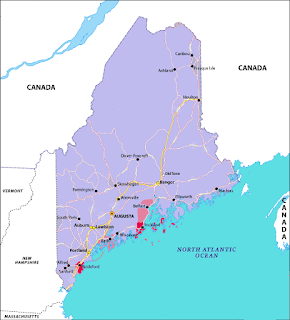