(ALL DECISIONS, OUTCOMES, ETC., are made by Dice throws.)
NEWS
Following the American invasion of Canada (Yellow) and the capture of Ottawa, Empire troops have begun to arrive to assist Canadian forces in repelling the invaders.  The Canadian government was able to escape Ottawa and has temporarily taken up residence in Montreal, which is also the headquarters and assembly point for all Canadian troops.
In addition to the American army in and around Ottawa, several battalions crossed over from Detroit and secured Chatham and London. A second American army crossed over at St Catharines and has now taken Hamilton. It appears all remaining Empire forces in Ontario are now concentrated in Toronto. It ts more than probable that the towns of Berlin, Mississauga and Oshawa will shortly be occupied by American troops. 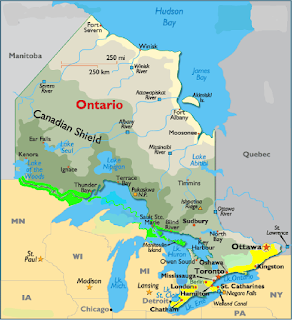 (Footnote, bright green areas are local agreements not to raid (D6).)
In British Columbia, the City of Vancouver was briefly besieged by an American army. But the disastrous raid on Vancouver Island appears to have persuaded the Americans to return to their side of the border, perhaps influenced by the recent arrival of a transport ship at Victoria, carrying a small number of Australian and New Zealand volunteers (D2). While this was well received, the local population is hoping this is only the vanguard.
A British naval vessel recently arrived at Honolulu, Hawaii. A meeting was held with her Royal Highness in which she expressed the belief (D6) that her kingdom was already under the protection of the British Crown. Diplomats representing the British Government acknowledged that this was indeed the case.
We have received reports that several American owned civilian and commercial vessels attempting to leave the Chesapeake have returned, unable to complete their voyage.
The State Governor of Maine has declared marshal law and requested federal assistance in removing the Empire troops that have occupied several coastal cities.
We are now informed that seven days ago the Mayor of Toronto received a communication from the newly appointed United States Governor for Ontario State. This gentleman had ordered the mayor to organise a general disarming, and to permit the entry of friendly American forces. He further confirmed those that did not recognise the union with the USA would be granted liberty to leave the United States with their lawful possessions. Should there be any further armed opposition, the Ontario State Governor would be entitled to act with necessary vigour, and the Mayor and his associates would be held responsible for any loss of life or property. The Mayor and Assembly declined to reply. We mention this as yesterday their was a sizeable explosion on a street (D3) near the Assembly buildings,.Although there was no serious injuries this is the first time the city has come under fire. Ordnance experts have suggested this may have involved an artillery piece of some substantial size. possibly a Barclay or Louis Marks howitzer. 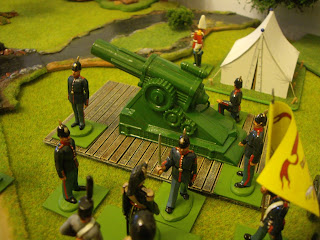 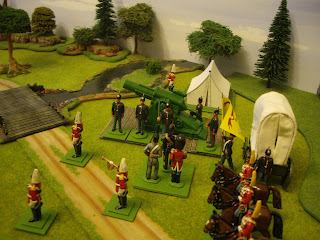 We can now confirm the city of Hull, near Ottawa, is besieged, all communications with Montreal having been severed. Fortunately, most of the civilian population has already left the city. A temporary administration has now been set up in Ottawa by the American military, and they have invited the local population to return to their homes.
at December 07, 2020