Arrived today was a Britains WW1 Gun, code no.1201. This gun did cost a bit because of the postage, £9.10, but I was keen to get it. Its the pre-1940 made design, and was recommended to work with their no.1479 ammunition trailer. Both items are in good condition, perhaps needing a clean. The original green paint is almost black. No plans to paint strip any of these items.

Among the naval figures sent by Paul Watson was a solid lead West Point Cadet, presenting arms. I decided to convert this figure and mix with some of my home-castings so as to recreate the Maryland State Artillery c.1880. I think their grey uniforms are an interesting addition to the collection.

The first of the plastic guardsmen previously mentioned has been converted and painted, it has been drafted into my New York Gatling Gun crew (three figures look better). I can't be the only one to think their uniform looks rather British. 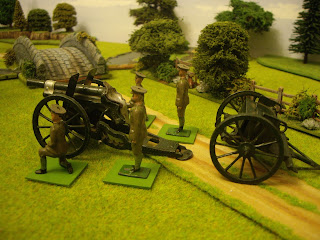 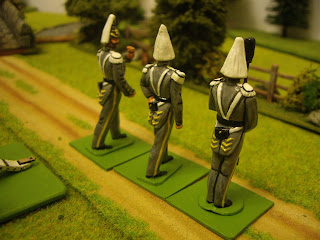 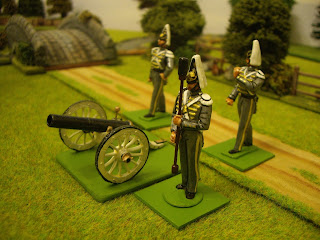 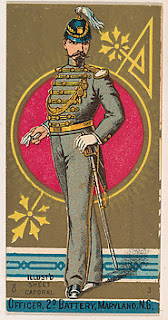 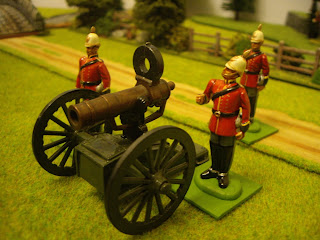