The battle commenced with a rapid advance by both sides. As soon as the medium guns were in range they opened up. The first hit was made by the Roving Cannon, taking out an Irish guardsman. In response to this three of the four RA guns directed all their fire power on this strange contraption, which was leading the American advance. A hit, one of the crew down, In subsequent moves another crew member. But it was the third strike that shocked everyone, throwing two sixes, the magazine blue up. While this event dominated the game the Americans had formulated a good defensive line using the terrain for maximum advantage. And when their gatling gun opened up on the advancing British infantry it stopped them in their tracts. 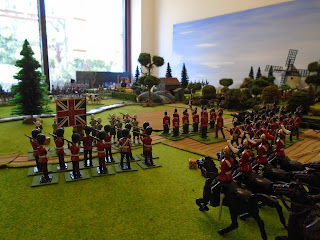 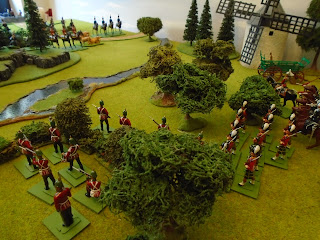 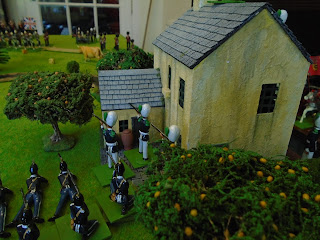 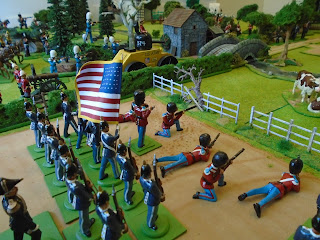 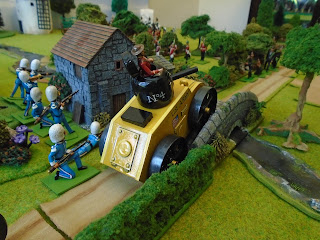 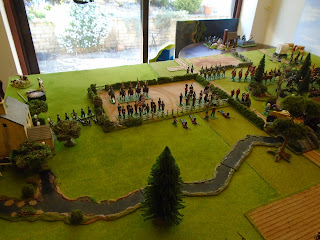 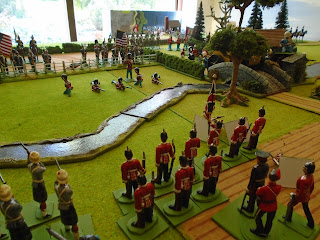 By now casualties were mounting up, mainly on the British side, the Lancashire regiment having 50% casualties still held fast but unable to now take offensive action it was thought best to retire the battalion. For the Empire troops there was now a serious problem. If the American line held, it would be  a victory. The British had to break through their lines if they were to liberate Ottawa. 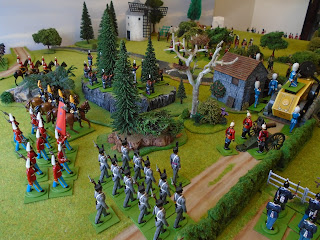 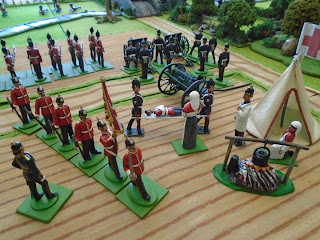 Both sides now attempted to reorganise their forces while still under artillery fire. On the Empire right, the artillery had been silenced by American guns, while on the left the guns were doing their work but not at a rate which would make an assault viable. 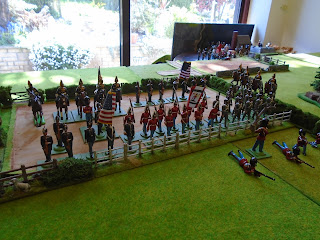 Now something occurred which dashed all plans to take the offensive. The KRRC were under stress trying to compete with the American riflemen. The latter had fortified the watermill and with hard cover they were more than holding their own. The KRRC broke. With the neighbouring Durham Light Infantry unable to help due to mounting losses from the American artillery. When the two battalions of skirmishers advanced there was little to stop them, and the RA battery was also now under threat from small-arms fire. 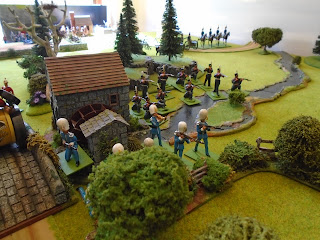 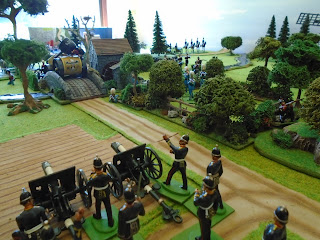 The Empire troops are ordered to retire back to Montreal. 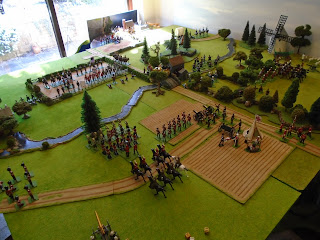