The Battle of Vankleek Hill, part one (Dominion Wargame)

SCENARIO A British Empire army has set off from Montreal for Ottawa. In response, an American army has moved out of Ottawa with the intension of engaging this northern threat. Somewhere near Vankleek Hill the opposing armies come face to face. 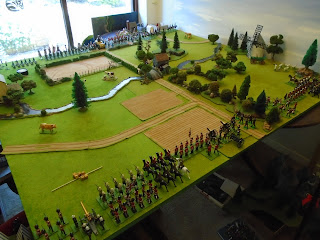 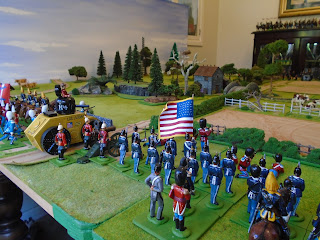 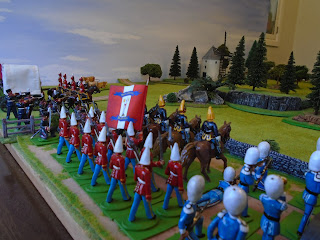 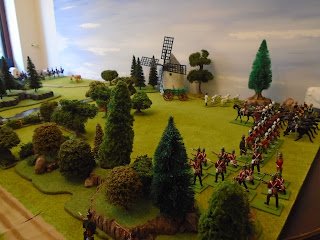 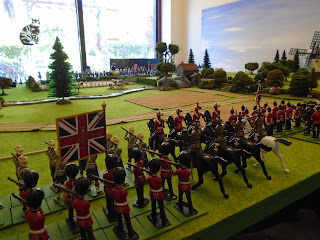 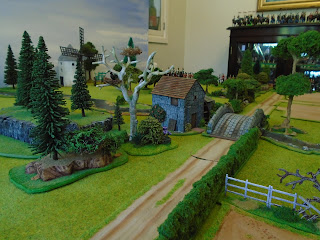 FIGURES We can now disclose the Americans intend to use a new weapon in this action, some kind of roving cannon? Reliable returns give the Empire 114 soldiers to 114 Americans. Dice were thrown with both sides scoring eleven i.e. large and similar sized armies, I'm not really a fan of equal point based games but these armies are very similar (with the exception of that roving cannon). The terrain was laid out according to dice throws.
at April 25, 2021