As a change from painting figures decided to construct some wargaming furniture. Using some wheels taken off a Chinese toy tractor, costing 50p, I've put together a German ammo trailer. Not really appropriate for PAK 40 guns it will still add something to the table. Its based on the Sd.Ah.31 design. The camouflage is an early form which appeared in 1936! 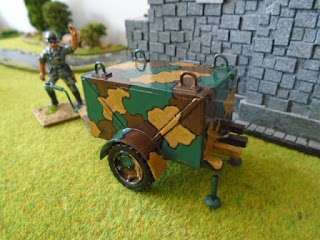 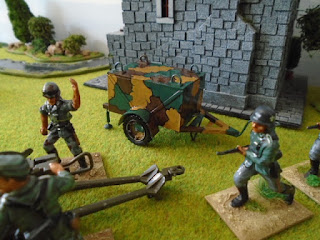 Would have liked a better photo of the original but it might have had a copyright issue. 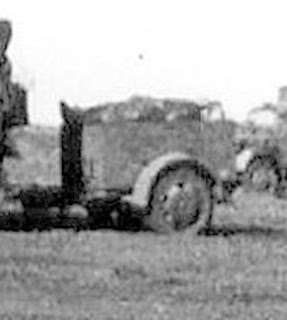 Have completed the command figures for my two battalions of West Indian troops. I've based the officers on some of the originals that Britains supplied in their box sets, converting a fifer and lifeguard. 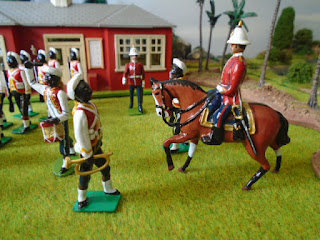 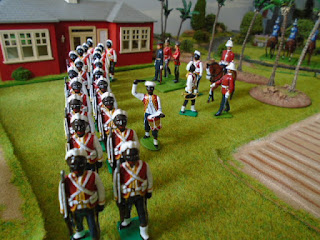 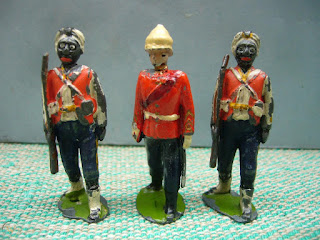 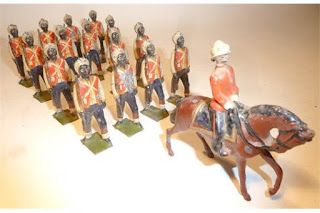