My Canadian Empire troops have gained some new recruits. The Royal Scots of Canada were originally only five figures strong but can now furnish a full battalion of twelve. (Officer awaiting some spares from Replica.) 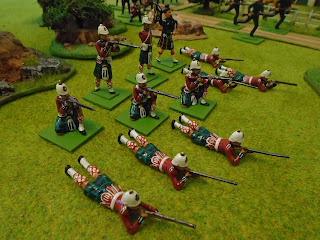 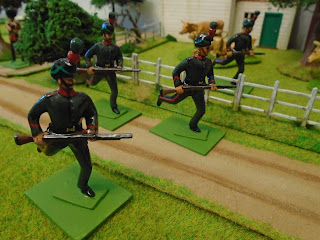 The Calgary Rifles have doubled to four. Quite a bit of work involved here. The figures requiring metal bases, repaired rifles, and two new heads made of squashed bearskins with steel rod and miliput. 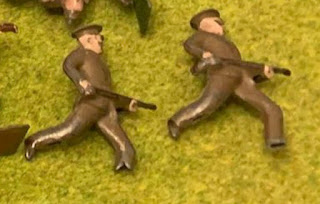 I should mention, the Royal Grenadiers of Canada have also picked up another two figures, now with a strength of eight, and have recently been on active service in the last wargame. 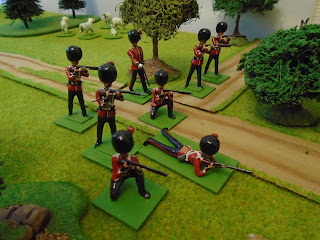 As a footnote, have been experimenting with terrain features designed to sit on the edge of the wargames table, so saving space but still adding to the visual spectacle and the actual game. Here is a cardboard farmhouse and corrugated barn, figures can still be added to the inside of the former.
MGB 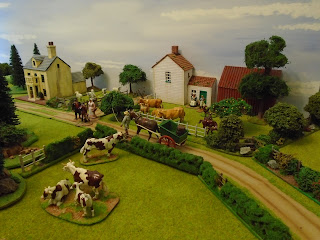 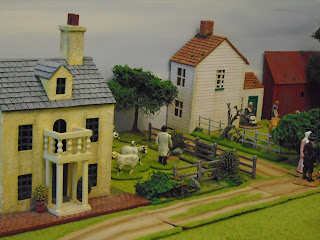 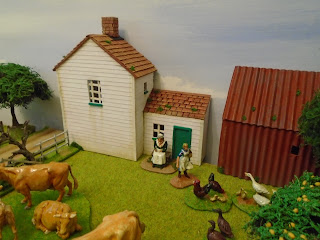