The long awaited assault on Toronto still came as a shock to the garrison. A message was received by the city mayor, surrender or face a heavy artillery bombardment later this same day. The council appointed for its defence considered the demand, and declined (D4). Immediately, steps were taken to transfer the civilian population to a fleet of small vessels. Word of this evacuation was also sent to the US army, and this message was acknowledged. 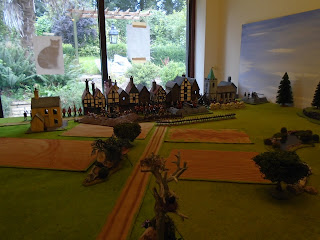 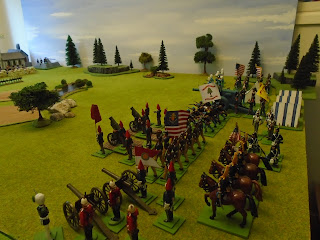 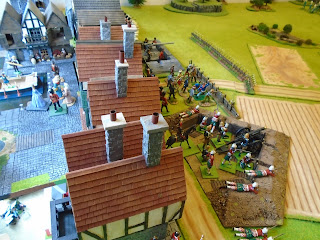 A combined formula of likelihood and dice gave the Empire garrison 109 figures and four guns. It should be noted, however, the Empire forces may have included six high ranking officers but actually comprised small units of Canadian regulars and volunteer militia. It also included twelve armed gentlemen of the city, and nine staff belonging to a military hospital. The American forces numbered 145 and seven guns.
At 3pm the American guns opened up, that is the four guns actually in range, and the Empire returned fire with three of theirs. Casualties were slightly higher for the Americans, the garrison redoubts saving many. On move THREE there was a general US advance, not least to get three lighter guns into range. 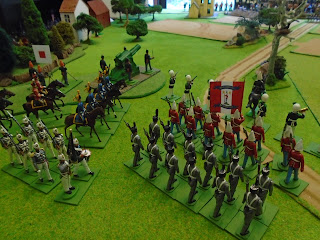 On move FOUR there was a direct hit on a US siege gun (D6, followed by a D6). And the three remaining crew also failed their saving throws. Worse still, a neighbouring NG battalion suddenly broke, and being close to the table edge could not be rallied. 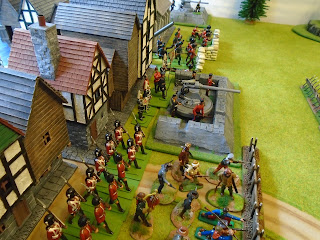 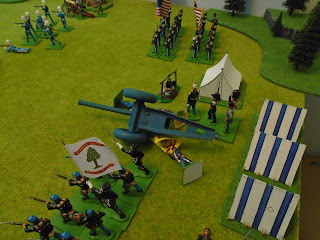 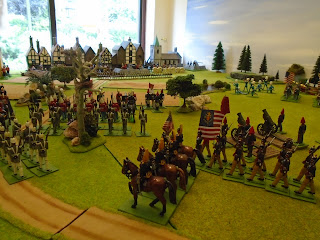 On move SIX the effective fire from the garrison had inflicted 50% casualties on the US Heavy battery. Obliged to test their morale, D2 and a D3 saw both gun crews scarper. For the record, a half strength test was required on an Empire gun crew but a D4 combined with 'defended position' ensured they continued to obey orders.
Day one concluded on move SEVEN, with the US troops moving closer to the City's redoubts. The mainly Canadian defenders had done extraordinarily well, but they knew this was just the beginning. 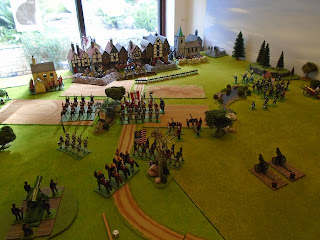 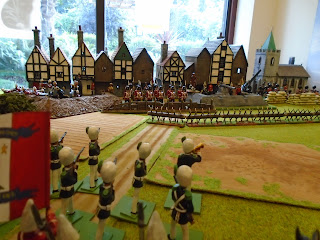