During the night both sides had used their time well to reconstitute and distribute their forces. The Empire had been able to restore an artillery crew by drafting from other gun crews, and all the strongest battalions now took up post in the key redoubts. A battalion of armed civilians took post in a prominent house just outside the city. The Americans had moved all their troops to their foremost positions, and four guns were fully manned. They had also successfully rallied a NG battalion, a useful nine figures.

Here were the new positions. 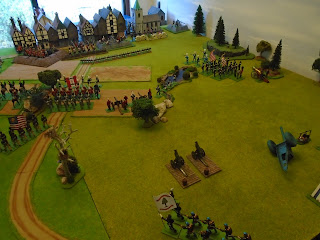 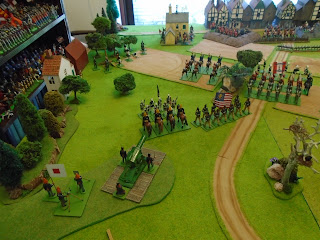 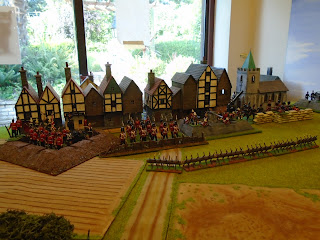 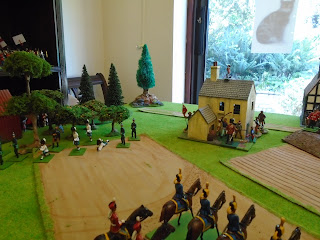 The second day of the battle commenced with a full-on advance on the city. In the following moves the casualties were heavy on both sides. Two cavalry regiments gallantly charged a redoubt, although both were wiped out they did inflict a fair number of casualties. The crew manning the central siege gun were taken out by American shells. But in move FOUR the American rightwing staggered to a halt, and in move FIVE, after a second round of melee, the American central assault collapsed, panic spreading to the reserve battalion. (The Canadian troops were so close to breaking too, having lost the first round of melee and no hope of taking on the American reserve battalion, this would have decided the outcome!) Unable to move forward, the American commander sent a message requesting leave to retire his troops with their wounded. As the garrison was in no position to counter attack, it was agreed. 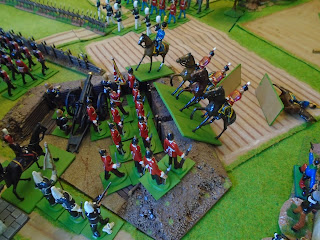 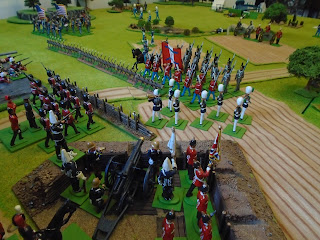 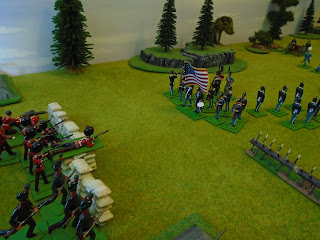 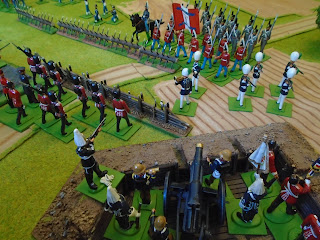 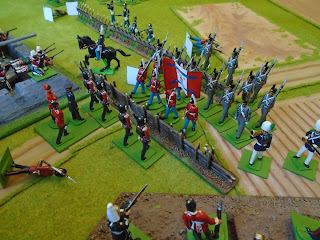 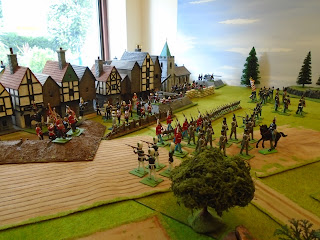 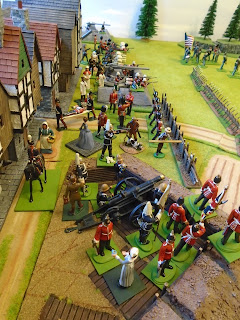 DOMINION CAMPAIGN NEWS. At the conclusion of this battle I compiled six scenarios, from 1. the Americans withdraw from Eastern Ontario, to 6. the Americans respond by raising a second army and attack Toronto again. The dice score of D2 provided for a lifting of the siege and an American withdrawal to London (thats in Ontario, lol).

Honestly, I know this will look like some scheming has been going on, Today, Day 3, I decided to do the same for the garrison, from 1, they receive a letter of congratulations from the Queen, to 6, a supply column arrives in the city with 48 reinforcements and a letter from the Queen. I threw a D6. MGB 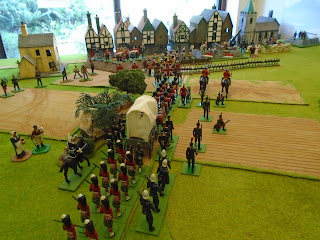 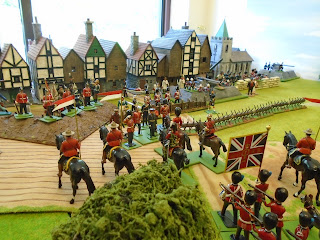