Some nice additions, and not too expensive either. First up is a WW2 model of a M3 infantry carrier. I picked it up for £13.50 including delivery. I haven't actually got a United States Army but I do have British, and they also used them. It doesn't stop there, the Soviets and Germans had small numbers too. And variations continued to be in service with a load of countries through the 1970s, including Israel. Its a well made mainly plastic model, but quite heavy.  Will find a method to cover inappropriate emblems, or might just remove them all. 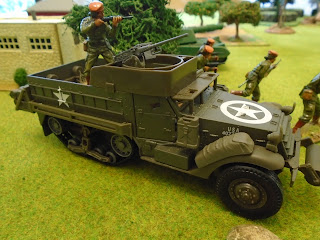 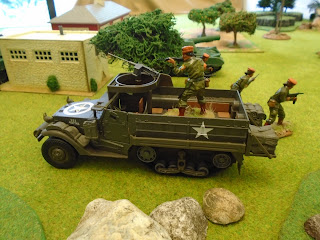 I found a handful of Airfix US Marines. Decided to convert them into Israeli Military Police as I'm prone to raise unusual army formations. 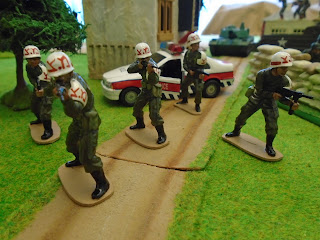 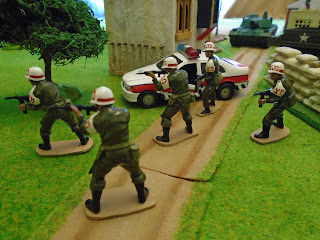 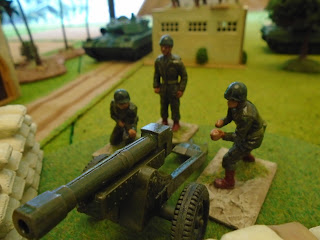 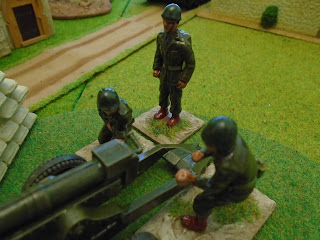 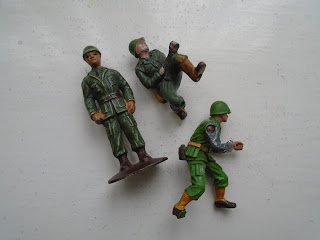 Finally, this is a project I enjoyed working on. Last year I picked up five Britains guns for £13.60, and all were listed as broken. Actually, a PAK 38 only had paint scratches, while a second one was just missing its two shafts/legs. Have just constructed some acceptable replacements. As it had lost much of its paintwork, decided to also give it some exotic camouflage. 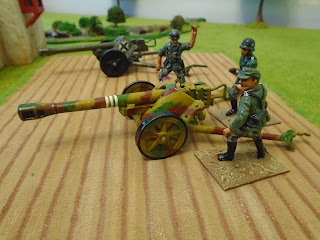 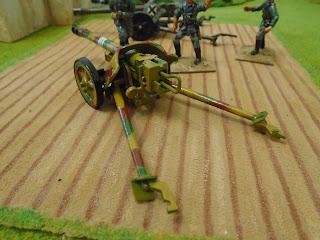