Going through my spares box I found ten plastic Afrika Korps figures, Matchbox toy soldiers. Having no plans to fight the WW2 Desert War I was somewhat at a loss how to use these, and considered passing them on. However, viewing photographs of German troops captured in the Italian campaign showed fair numbers were still using uniform items from the North African campaign, so here was a possible use. But I still didn't want a generic unit in desert colours. I'm no authority on WW2 uniforms but the Hermann Goering unit (it started off as a battalion but ended up as a division) offered some leeway for a distinctly coloured formation on the table. Having been part of the Luftwaffe, an armoured formation, and serving in numerous theatre's, it could be painted up as something quite distinct from my other German units, so no confusion on the wargames table!

PS. OK, the Luftwaffe blue shirts might be a slight liberty. 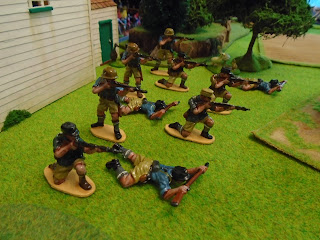 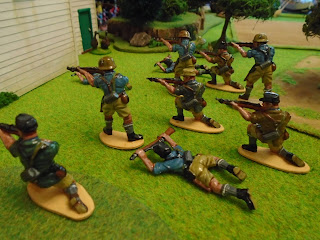 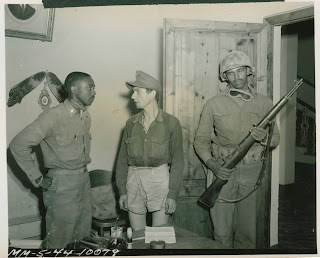 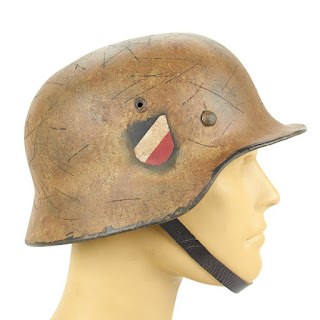 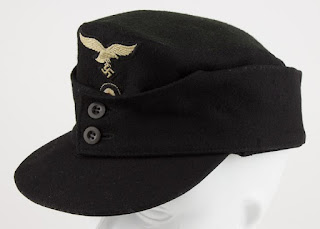