Picked up a couple of auctions on Ebay. The first was a batch of Airfix German Mountain Troops. My plan is to form a 12-figure regiment for the wargames table while converting the remainder into artillery crew. I might also draft a few into my Zubrowka army, which was previously recruited from these figures. 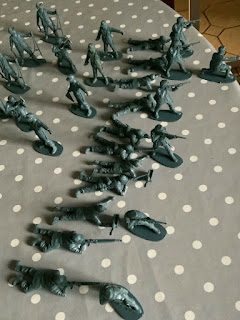 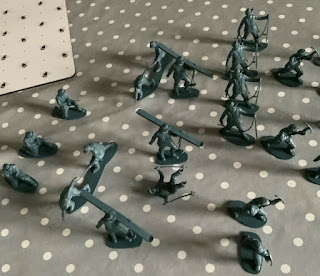 The second batch are Airfix Japanese. They really are nicely designed, and a pleasure to paint. Only problem, it will be a real issue converting any of them into artillery crews. I can see why most collectors/wargamers utilise 1/35 scale for their support weaponry. The cost for all these figures, including delivery, was £15.90. Perhaps thats a bit high but I'm pleased with the gains. 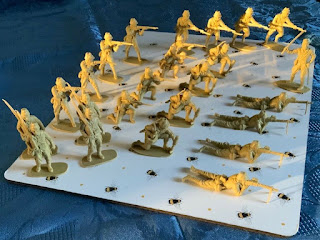 Finally, have mentioned to Brad, I'm hoping to use some plastic Chinese-made copies for an unusual project. On Saturday, at my local market, I was able to pick up some 'strange' moulded toy soldiers for just £2. Its their odd-shaped German helmets which have opened up this idea. Have already associated them with a German artillery piece and an old lead machine-gunner. 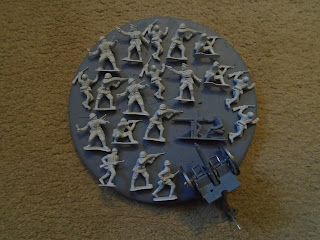 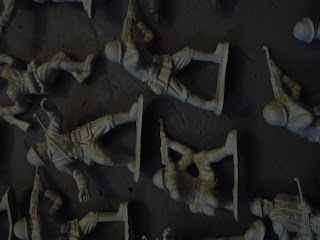