Last weekend I was able to clear another batch of figures out of my spares box. This has reduced their number to less than 85 toy soldiers still needing restoration and/or paintwork. Its certainly nice to see boxes condensed and more room space! To be honest, my resolve to paint figures has really slowed down now, mainly due to most of my spare time being spent on the garden, or painting skirting boards and ceilings. At least my home is getting a fresh look!

WW2 BRITISH PARAS. Here is a small unit of Airfix figures painted up. Will want to do some more detail work on their bases at a later date. 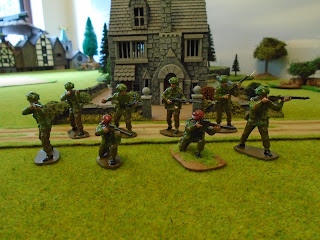 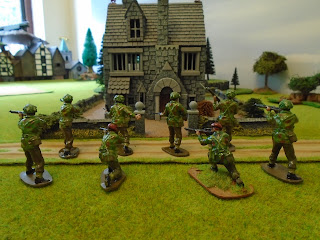 THE POLICE. Picked up this rather rough casting of a British policeman c.1900. To be fair, it cleaned up rather well, and I drilled steel pins into the soles to fix to a suitable base. Got it for £5.25 delivered. 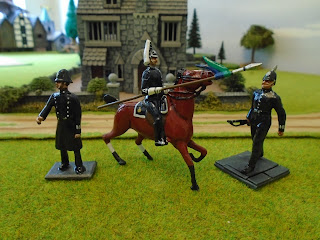 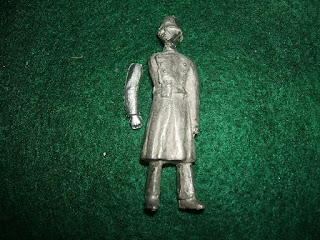 As a follow-on to the above. I cleared two spare figures. The first is a plastic and metal police conversion c.1940. The second a a Merseyside mounted policeman with their distinctive lance..... not sure the British police ever used lances? 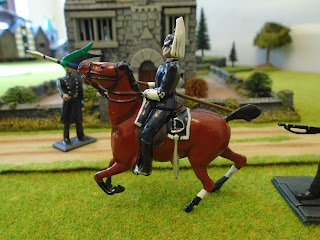 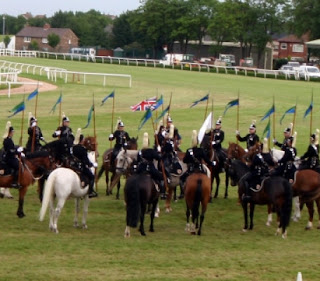 ROYAL ARTILLERY. Paul Watson kindly sent me three Guardsmen in watch cloaks. No plans to raise a contingent but I did see a potential of joining a figure in my collection and forming a company of RA Gunners on sentry duty. I suspect these will be quite useful. 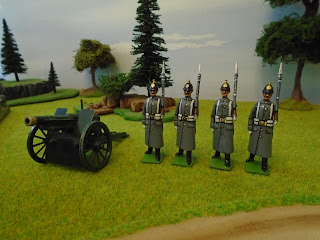 PARTISAN. Found another Airfix commando figure. Might as well draft him into my partisans. 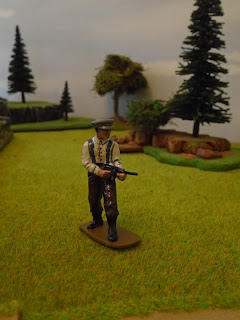 FRENCH MARIN FUSILIER. This was useful, a spare RN rating converted into a French naval figure. It had very poor castings of the arms so replacing them with something better was on the cards. With this figure complete I now have a three figure firing section, vital. 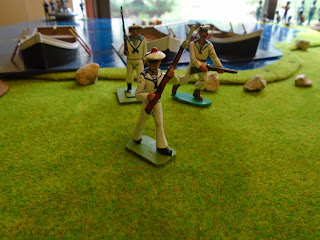 Finally, not quite 54mm, more like 45mm, my Insurgent army gained a new figure. One of those cheap plastic figures converted. 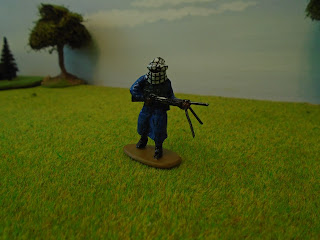 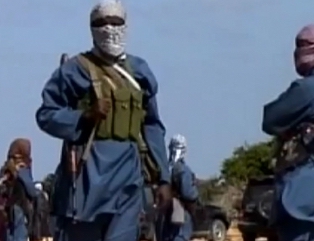