With the French having taken New Orleans, but now bottled up in the city, their Spanish allies looked towards their own objectives. A French fleet carried a Spanish force of six units to St.Augustine, Florida. The defenders could only muster 12 NG, and they decided it was prudent to evacuate to the north. (Note, In 1880 many of the key population centres in Florida were little more than towns.

Having so easily occupied St. Augustine, some of the fleet carrying three units moved south, both Daytona and New Smyna were taken without a fight. Keen to continue this success, the fleet carrying one unit arrived off Tampa. Here, the local population mustered 6 NG, and 9 armed civilians, and were keen to fight.

The twelve Spanish disembarked from three landing boats, but immediately came under fire. Advancing on the hidden skirmishers they suffered a casualty on move THREE. and they also received fire on their left flank. On move FOUR the two Spanish sections charged their opposition. The local volunteers scattered, but the NG retired in very good order, maintaining their fire, and inflicting a second casualty. If only the armed civilians had stood their ground, the Spanish bluecoats now loosed off a volley that even took down one of those routing.

Having neutralised their opposition, the bluecoats faced right and sought to support the Spanish Marines. While this was going on the American Commander attempted to rally his irregulars. When the Spanish marines entered the Fruit grove they too deployed as skirmishers, and now supported by the bluecoats, the superior numbers brought down two NG. This action was over, the NG retired, the irregulars stopped routing but declined to re-engage. The Spanish were in control of Tampa. 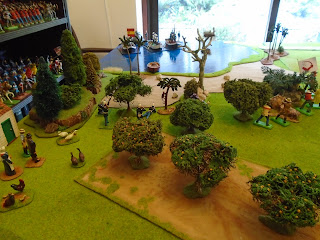 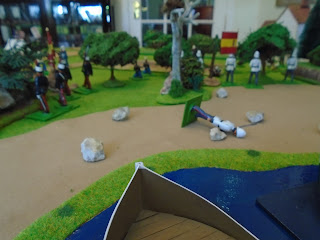 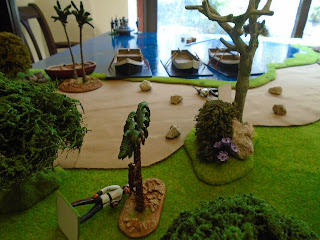 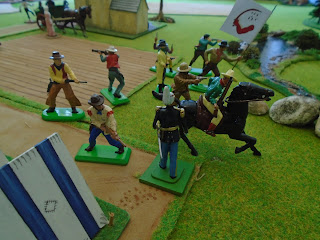 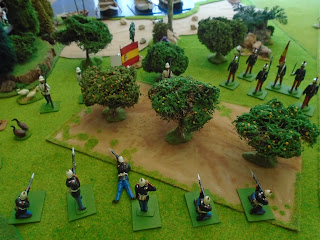 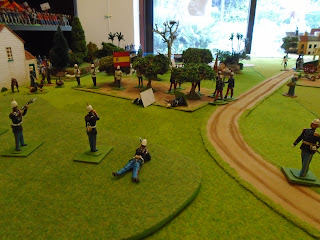 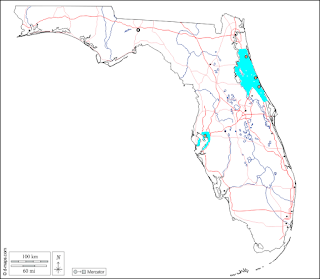 This last map shows the state of games played, points having been granted to each victory, red Empire, green USA, blue Franco-Spanish. 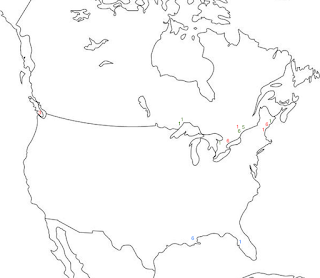