The Battle for St.Augustine, Part TWO

Both sides had used the break in the battle to reassess their positions and defences. Houses had been fortified, artillery pieces repositioned. 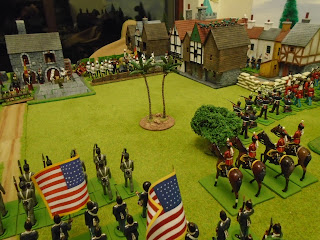 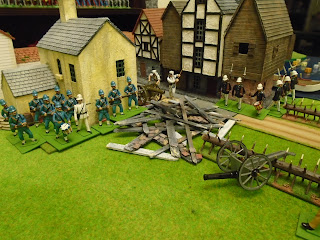 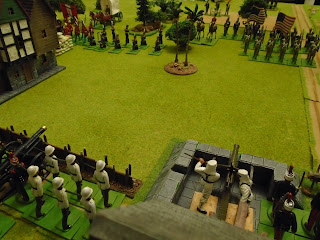 MOVE ONE and TWO. Both sides opened up, hoping their fortifications would provide suitable cover. MOVE THREE saw heavy casualties on the NG battalion holding one side of a key street. By MOVE FOUR the Americans had suffered nine casualties to Spanish losses of five, it was not looking good. Although the Americans slightly outnumbered the Spanish in infantry it was noted that twenty figures belonged to regiments which were approaching half strength, while the Spanish regiments were still combat strong and in 'declared' positions, which would help in any morale tests. MOVE SIX. a truce was agreed, the American troops withdrew from the suburbs, out of artillery range. However, St. Augustine is still officially besieged. 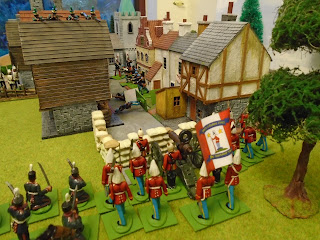 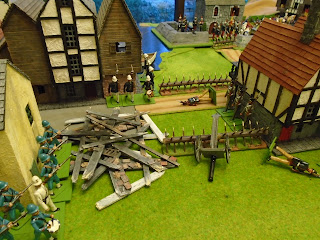 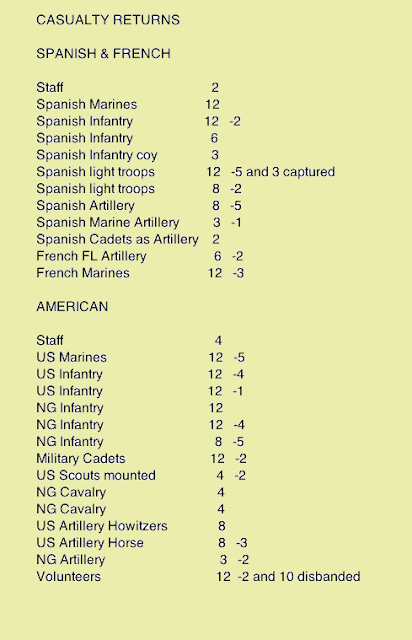