Have seen other blogs upload photos of their toy tanks made of wood. Several designs/kits are available to purchase from the Tank Museum website. And they aren't too expensive. Depending on the time and effort you put into painting them, they really do look quite good.  As I'm seriously looking at the prospect of constructing one of my own, to a scale and design I prefer, thought the following might prove of interest. Here are some photos of old home-made tanks made of wood.  Most of these certainly date back to the Second World War when metal toy production was prohibited. I'm impressed by tank no.2, with its turret-gun system.

1. Simple idea, could be developed. 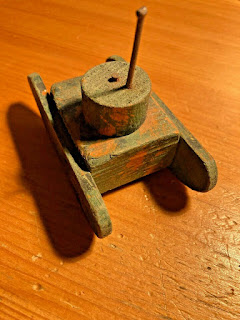 2. Impressed by the system for raising the barrel. 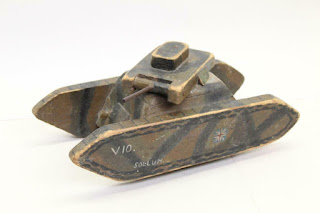 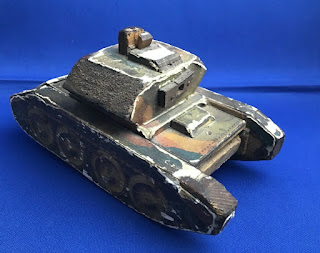 4. This last photo is from the excellent TOY SOLDIERS & REAL BATTLES blog, which is devoted to early toy soldiers. Well worth a visit. See links. 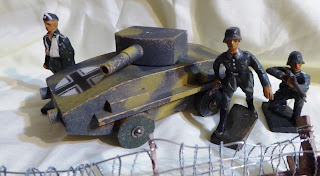 TIN EXAMPLES
As a follow-on to the above, here are some tin examples, not necessarily the best I have on file but still interesting to view.
5.This is actually a tin box or caddy, 1920s? 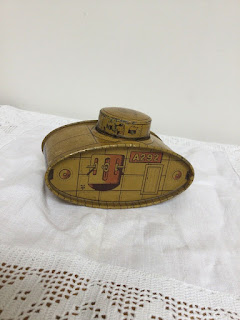 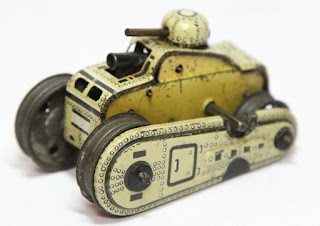 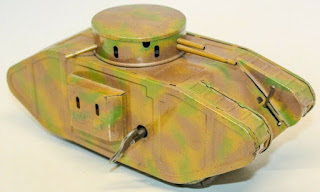 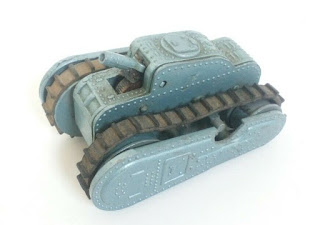 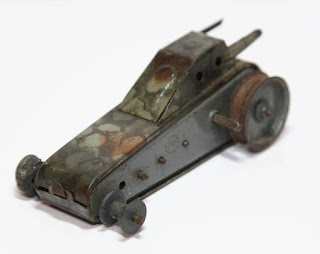 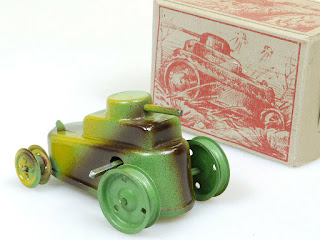 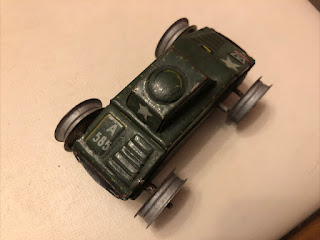 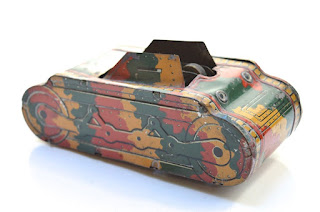 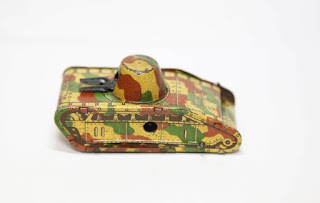 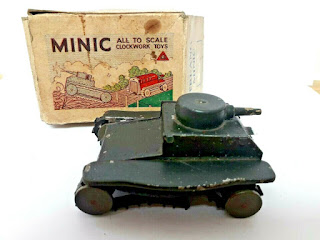 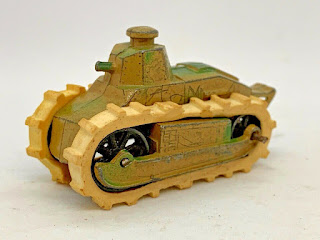 I hope others found the above of interest. For my part, I would far prefer to game with these brightly painted toy tanks than accurate models. My favourites are probably 1, 4, 7, 10, and 13. (see LABLES 'Armoured Vehicles' for some of my own plasticard constructions, all inspired by these old toys.)
MGB
Footnote. The photo below is from the Tank Museum website, showing one of their wooden toy tanks, available to purchase. and given different paint schemes. 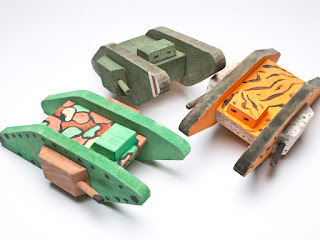