Have just varnished two Royal Navy ships for my 54mm collection. In constructing these simple models, I had to consider several factors. Firstly, that they were of a size which would work on my limited table space. Secondly, they possessed something which implied importance and power. Thirdly, that the models looked right with 54mm toy soldiers. The problem with accurately scaled models is I would end up with something either too large, or too insignificant to have any naval value. Fortunately, viewing examples of old tin toys provided the answer. My models are based on typical toy steamboats that were made during the 1870-1910 period, which does seem rather appropriate. Have included some photos as examples.

Here are my two 'modest' vessels. I guess its possible they could claim to represent the torpedo ships that also appeared in the late 19th century. Have named them HMS SPITFIRE and HMS THUNDERCHILD.  At a later date, will add some further detail, including flags. They are made of plasticard, with plastic awning fittings for the funnels. The guns are BRITAINS TOYS. 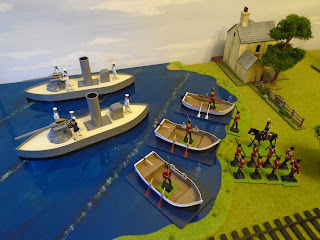 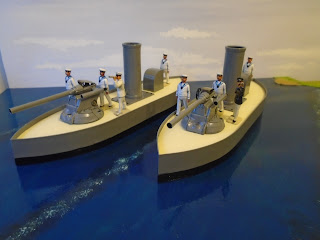 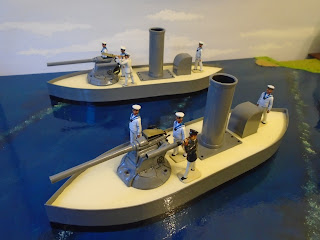 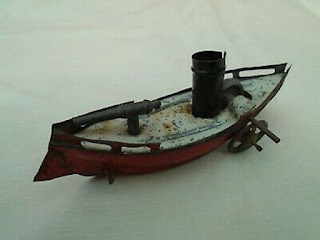 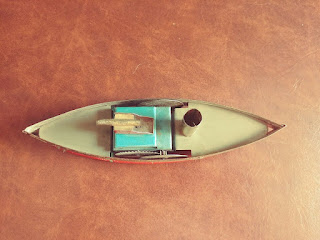 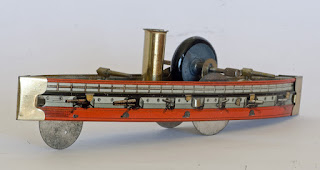