Just finished varnishing two armoured vehicles for my Japanese army 1930-45. The first is my plasticard rendition of an actual Japanese tin-plate toy made in the 1930s. I so liked the toy, I had to have it represented in my collection. No way could I afford to get an original, they sell for about £300 when they do crop up. I have seen originals in a grey-blue, and also pale green, I chose the former as more appropriate with my naval landing party. OK, I did reject the brass, double-barrelled turret. Have also painted some anchors for added interest. (Charity shop toy furnished the wheels for £1.) 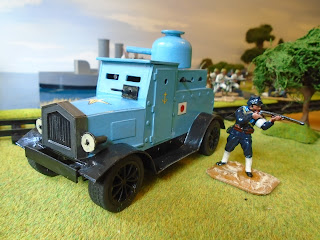 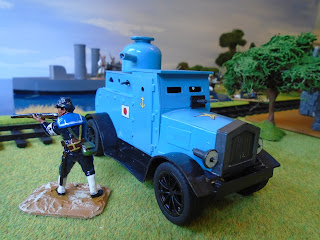 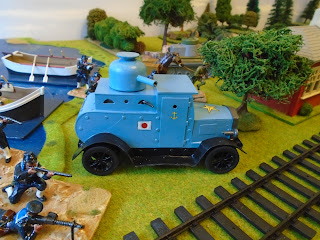 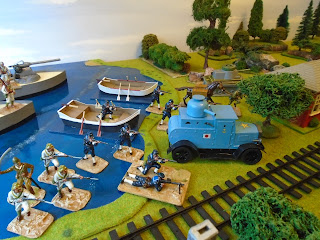 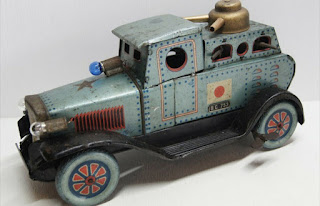 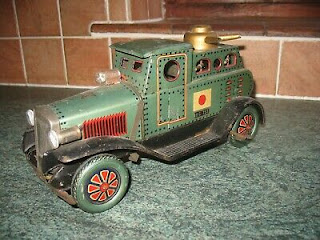 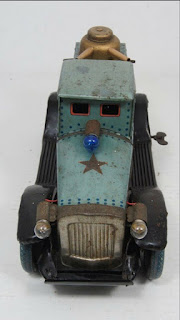 The second vehicle is a genuine Japanese-made tin and plastic toy tank, with a working wind-up mechanism. Made during the 1970s, it does look fairly realistic. I'm happy to consider it a suitable recreation of Japanese Type 95 HaGo very-light tank. After all, it is a toy soldier collection, and I have a growing attraction for old tin-plate toys. (Had to create a gun barrel, and found something suitable for a turret lid.) 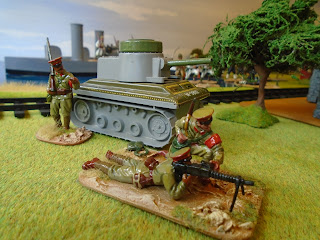 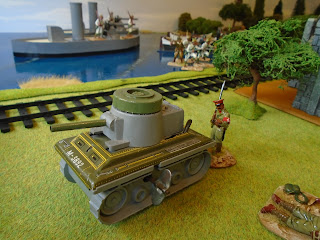 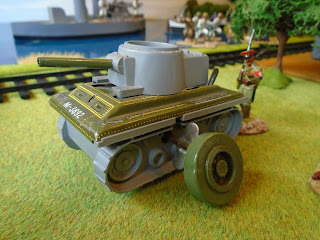