A few days ago I started on a new project, to convert a Timpo Prairie Railway engine and fuel wagon into something more military. I think an explanation on how we got here is appropriate. Often mentioned, Paul Watson has been a sponsor of many collections on this blog, and in this project it is 100%. Paul's own traditional toy soldier collection is nearing completion and he decided to clear more of his abundant spares. Several boxes duly arrived but, on this occasion, they comprised American-West railway items, made in the 1970s by Timpo, a very well established British manufacturer of 54mm toy soldiers.

The condition of the train stock varied from excellent to quite good. The three fuel/battery wagons seemed to work but it should be noted that the power-system is primitive by today's standards, somewhat haphazard, a bit unreliable (just like the real thing in the 1970s). The three steam engines do have a design flaw, its not uncommon for their front wheels to break free from the track, strange!

I decided to use one engine and fuel wagon to construct my armoured train, choosing those that most showed signs of wear, or missing parts. Initially, I wasn't too bothered about losing their ability to run on batteries, but that soon changed. I have ended up spending quite a few hours achieving a system to make the battery connections operational. I 'think' they work, but only time will really tell. If I may be so bold, the reduced length of the steam engine seems to keep it on the tracks better than the originals!

Here are some photos, with the armoured train en route to be painted. Have decided to go for a slightly brighter shade of green. This will allow me to use it in conjunction with several army collections. In constructing a toy armoured train you have a fair amount of leeway as to its appearance. (Will probably add some further detail before its final paint job.) 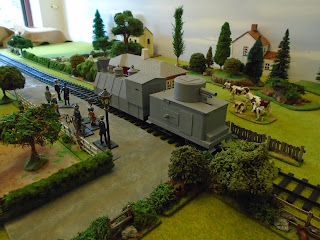 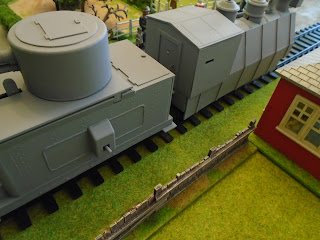 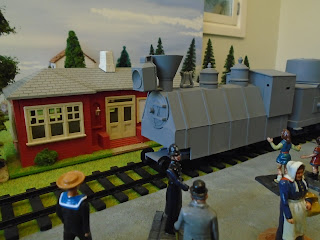 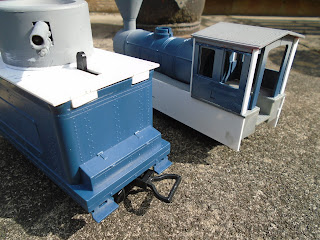 The photo below shows the front wheels fixed further back. 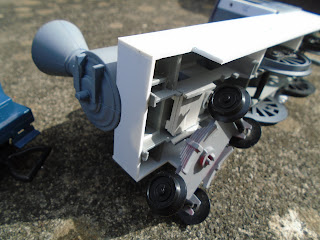 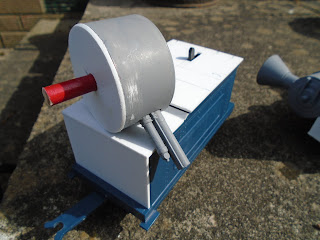 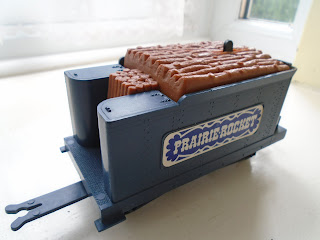 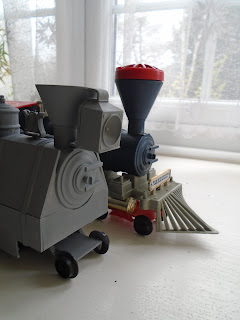 As for the other two train sets. The best will be left as Timpo envisaged, using their original black and red livery. The second is their mainly dark blue variation (with some missing parts). I'm tempted to paint it all-black, but it needs more thought.

Here are just a few historical photos which have caught my eye, no copyright infringement intended. 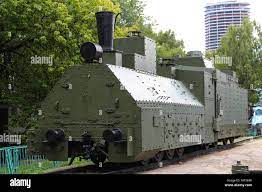 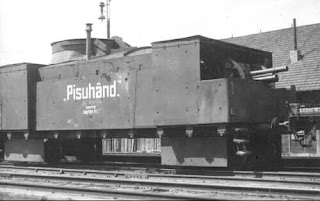 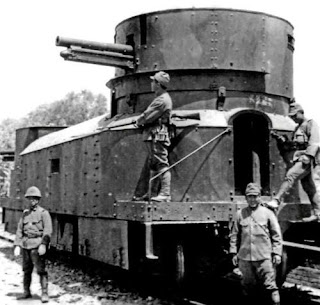 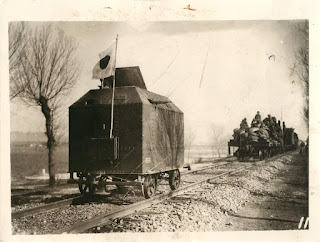 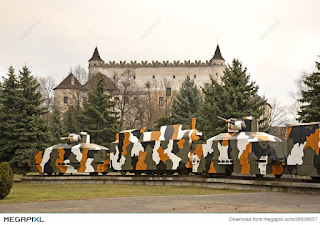