The KING OF SPAIN ARRIVES, to inspect a FRENCH GUNBOAT

His Most Catholic Majesty, King Alfonso the XIII of Spain, of the Royal House of Bourbon (the English-speaking world will be looking on in distain at such Bourbon bravado, lol), has been invited by the French Government to view their newly constructed gunboat. It is about to see service in the current war with the United States over control of Louisiana (see Dominion War).

The Spanish King was manufactured by a Spanish company called Almirall Palou. The manufacturer made a splendid range of painted 54mm castings, that look great with traditional Britains Toy Soldiers. Unfortunately, the company has now dissolved. Picked up the figure for £8.20 delivered, so not cheap. And it needed restoration, the nose was flat, and several paint chips. But all has been sorted out. Its a shame AP always added deep bases, but for my all important dignitary, I think it looks fine! 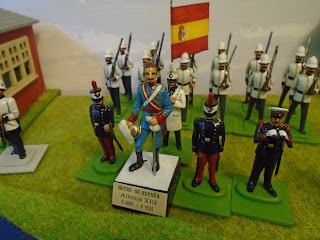 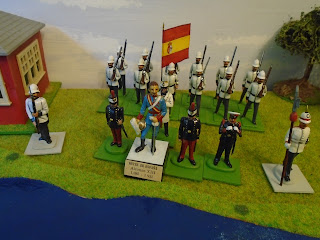 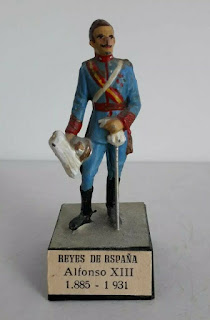 The toy has the king in a light blue cavalry uniform. Those below are infantry staff. 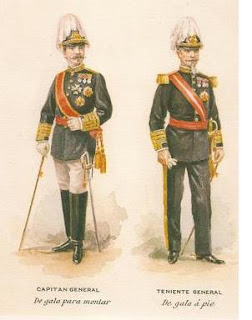 The French gunboat is based on an actual French-made tin toy of about 1890, as with my previous post, I really do like the look of these old toys. 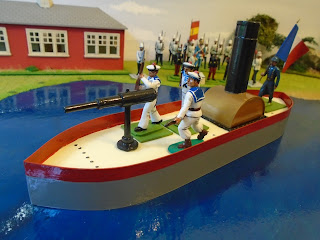 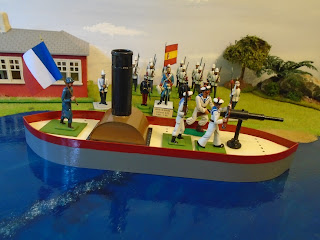 Original tin toy, made by a company called 'CR'. 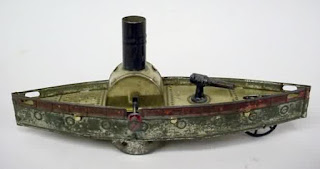