Spotted these very traditional lead figures on Ebay. Thought they would be a nice addition to the collection, and useful too. Further research showed that they were made by the English company Charbens, during the 1950s. They portray American soldiers with Browning HMGs, the larger is the 1917 model, the other is the M2 design. I don't actually collect WW2 American but painted one of the figures as intended. Another was drafted into my post-WW2 French army, they also used the 1917 model for many years. While the M2 was supplied to the Soviet Army in WW2, so painted the figure as a naval rating in a reefer jacket. With delivery, came to £10 (Thanks George). Will eventually base these with a suitable supporting figure. 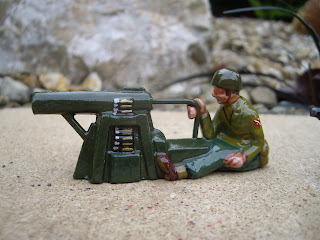 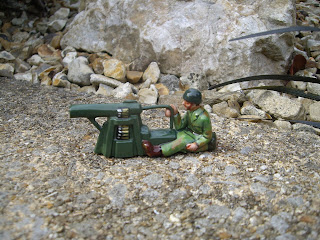 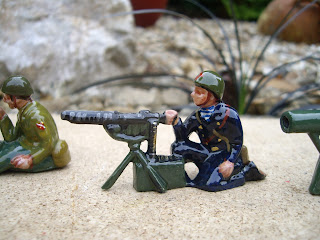 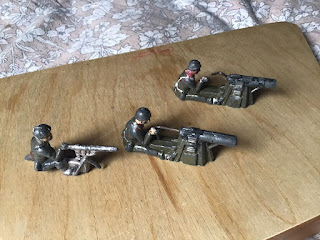 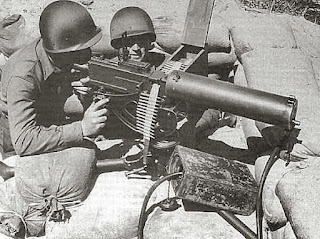 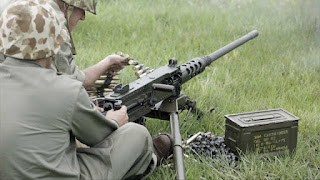 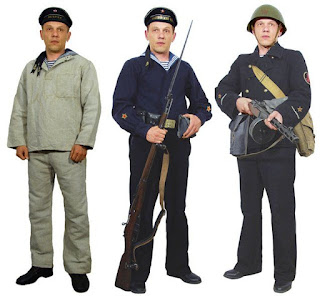 OTHER FIGURES RESTORED
Some broken Airfix skiers are converted into something more useful. 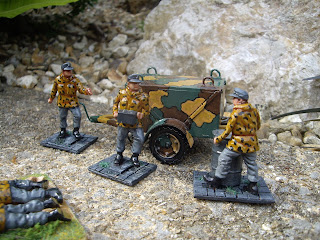 Pleased to see a damaged Lone Star bren gun carrier brought back into service, my second. 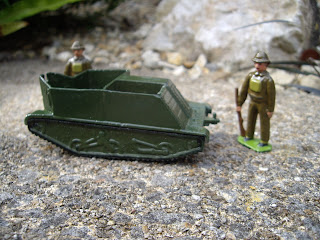 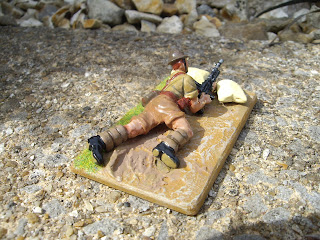 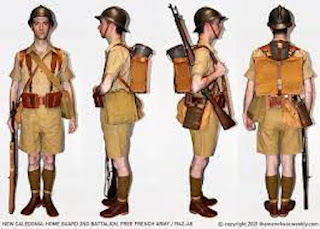 My spares/unfinished figures now stand at 32 needing cast heads, but otherwise painted and ready. With only sixteen more needing to be actually repaired and painted. There is also a splendid WW1 aircraft, kindly supplied by Paul, that needs painting.
MGB