I hate waste. Wanted to see if it was possible to save a very, very badly damaged lead cavalryman. Was tempted to just put it into the melting pot, its not even a 54mm casting. Its one of those 45mm cavalry figures that occasionally crop up in auctions, smaller versions of Crescent 54mm Horse Guards. This had been sent by Paul Watson. To be used or disposed of as I think fit.

An extra staff officer for my Ruritanian army could be a useful addition. This collection comprises mainly cheap Chinese-made plastic figures. Their Foot Guards in bearskins, and ww2 Germans are easily converted into Ruritanian uniforms, using the 1952 movie for inspiration. These plastic figures are only about 50mm in size. While this lead cavalryman was only 45mm, it was possible to reconstruct the missing rear half of the horse to imply it was a larger casting, rearing up. Steel wire and milliput, combined with plenty of superglue, seems to have faked the scale reasonably well, and it was a fun project. 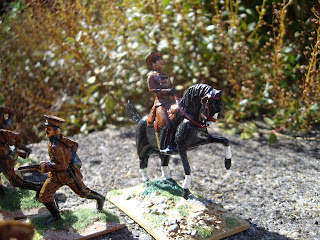 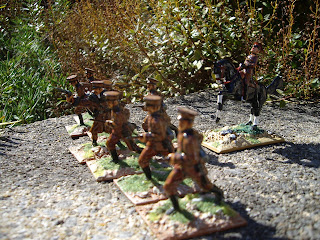 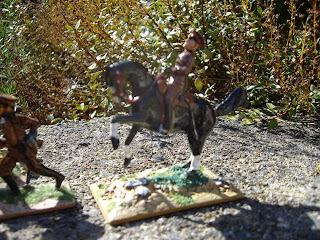 Here is Fritz von Tarlenheim, played in the 1952 movie by the English actor Robert Coote. This actor had a long film career from 1931 to 1981. He died in his sleep at the New York Athletic Club in 1982, aged 73. Fitz is seen in the film wearing either a blue dress uniform or a less-formal brown tunic. Have decided the latter uniform represents my Sudmark Regiment of Foresters. Tarlenheim is loyal to Crown Prince Rudolf! 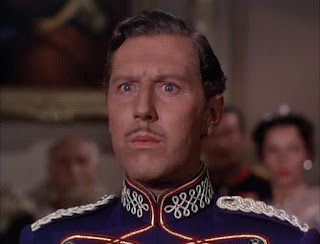 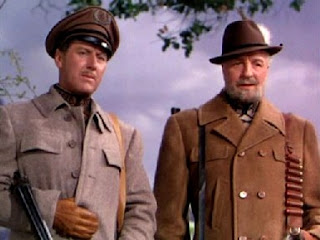 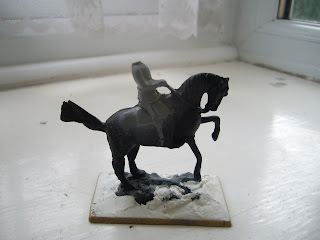