Today I completed a classic lead figure, produced by W.Britains. Its their iconic representation of an officer in the 5th Royal Irish Lancers. Once more, this figure was kindly furnished by Paul Watson. It required some restoration work, one of the horses legs was weak, and the sword's blade was missing. It will now serve as my senior cavalry commander. 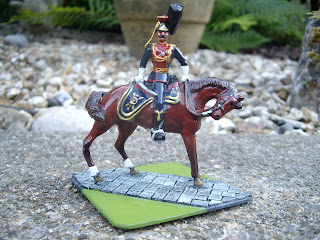 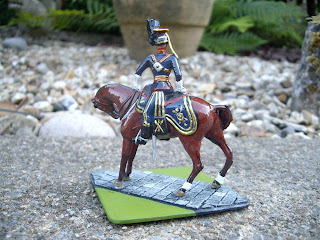 And here are some prints that almost certainly inspired W.Britains to produce this fine miniature. 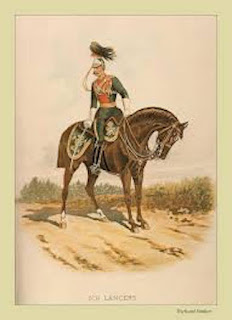 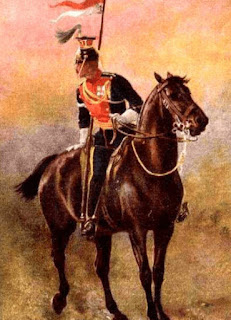 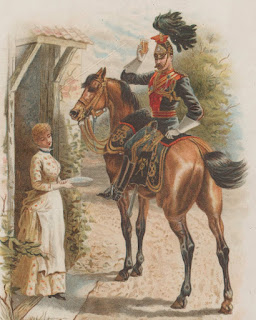 MGB
Footnote. In 1916, during WW1, Britain passed a conscription law, requiring all British males to make themselves available for service in the armed forces. In 1918, legislation was approved for Ireland, but it was never implemented by the government, as many in Ireland favoured home rule and rejected the authority of the British state to conscript in their country. Nevertheless, it is estimated, 140,000 Irishmen volunteered to serve in British and Irish regiments, joining the original 80,000 Irish professionals, already serving in the British Army, including several with the rank of general. Of this total number, 35,000 died in action during WW1. (These figures do not include those Irish that had made a new life for themselves in the Dominions of Canada, Australia, South Africa, and New Zealand, and had enlisted in their local regiments, to defend the Empire.)