While watching the American election results yesterday, thought I would also try and clear a hobby project. In my spares box I had a dozen Airfix and Matchbox Africa Korps figures which were dressed in a style that could be painted up as very late war Germans in Europe. This idea is not mine, WWII PLASTIC TOY SOLDIERS blog (see my research sites) gave me this clever idea. For my part, I've added some camouflage items of clothing, based on four patterns recorded being used by standard German infantry units. In addition to ten extra infantry, have converted two more as artillery crew. Next step is to base them. 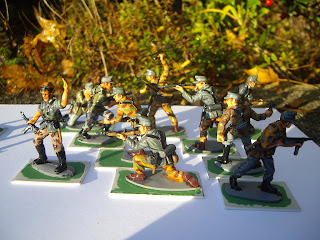 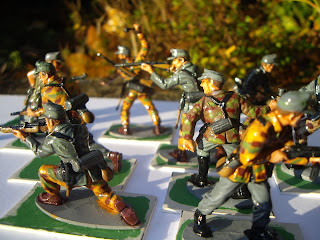 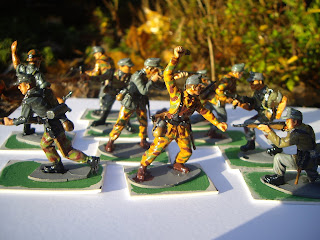 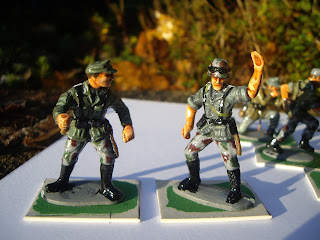