Finished the basing of these late-war German figures yesterday. This now gives me enough to have a skirmish game against my Soviets, or even my Zubrowkan army (Grand Budapest Hotel). In addition to these, have converted three Soviet infantry into partisans, altering their heads with milliput.

During the Summer I picked up some broken hard-density plastic guttering, by gluing two pieces together I was able to create a useful machine-gun bunker. 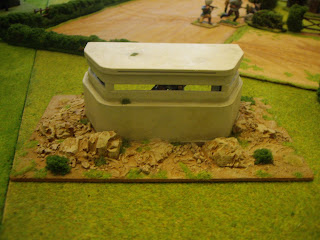 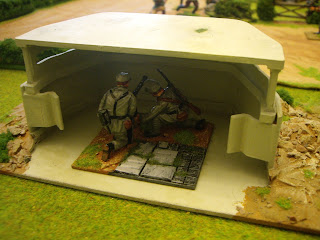 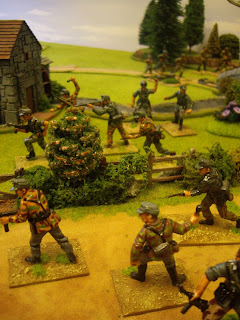 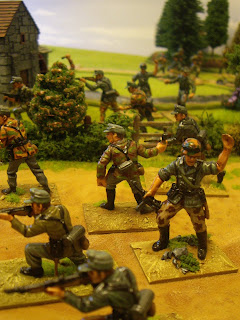 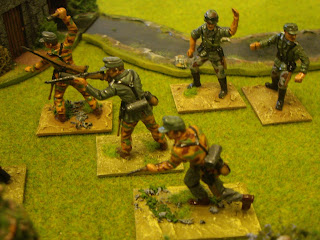 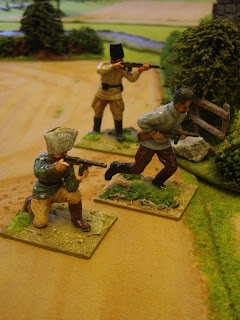