Decided to go straight ahead with some of the naval figures so kindly furnished by Paul Watson. Here is the field gun and limber. Its apparently an early model produced by Dorset Miniatures. Decided to dismantle the figures and equipment so I could utilise my favourite superglue, and to ensure a close join between the torsos and arms. I also wanted to use milliput to fill any casting defects, replace the officer's nose, and work on any irregularities in the naval hats. Some 28mm cut-down bayonets served well to repair the tips on several rifles. At this point, I seriously considered removing the shield on the artillery piece as this dates it to post1900. But I felt bad breaking away from the original model. Looking on the internet, similar toys appear to have a combined chain and rope system for the runners, and I was able to find some suitable materials. I don't mind admitting it has given some serious weight to my British Empire collection, and it was a real pleasure painting the model. 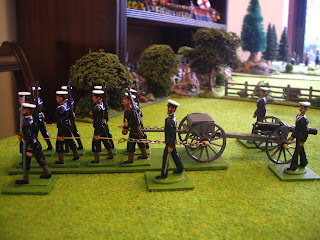 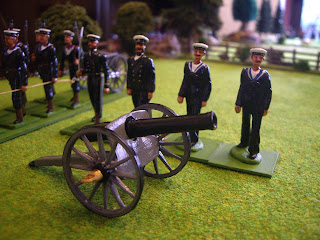 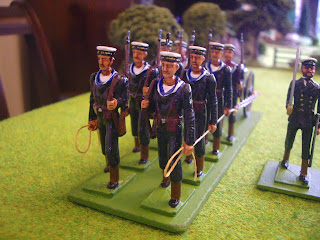 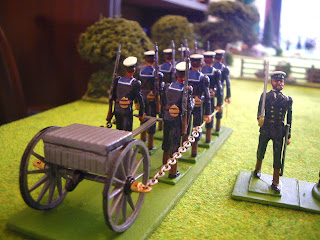