A NEW CANNON for Christmas

Having purchased several die-cast cannon with missing parts I was able to convert most of them into useful coastal guns. This was the last one in my spares box. It was originally a Britains no.1292 in green but arrived without an elevation gauge, and also its front shield. Having found a use for its wheels, I now wanted to utilise the barrel and broken carriage. Decided to link them with spare wheels belonging to a Britains 4.7" green Naval Gun. Plastic card was used to supplement the carriage and furnish a new elevation gauge. Now the exciting bit, what colours to paint it? As its a home-construct toy I  wanted something rather bold. Decided on a dark red carriage, grey wheels, with a lot of black distinctions. I can see this gun being used by my Ruritanians or perhaps the Spanish. 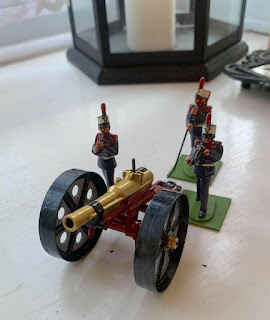 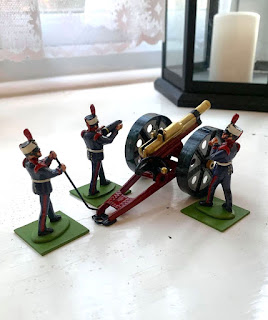 As a follow-on to the above, thought I would include some photos of real and toy artillery pieces which inspired my own model. 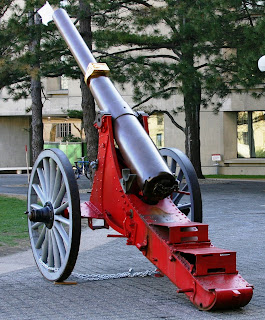 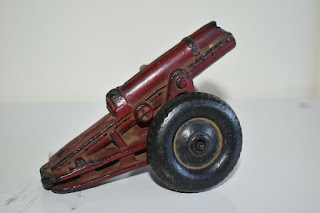 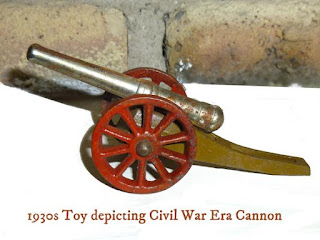 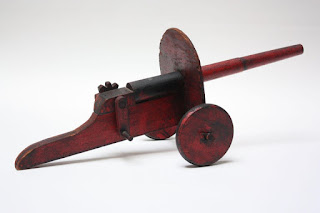 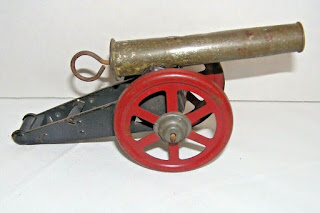