With skirmishers proving useful in my Dominion War campaign, the Americans have now gained two light infantry units. The pale blue are the Germania Rifles, a California National Guard unit which had a reputation for good marksmanship. The second, in dark blue, are the Honolulu Rifles, now in exile since the Hawaiian islands are now under British protection. 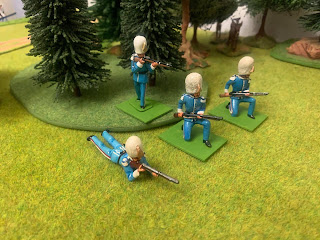 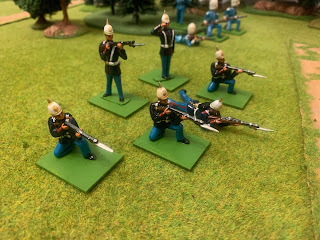 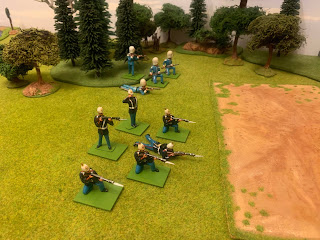 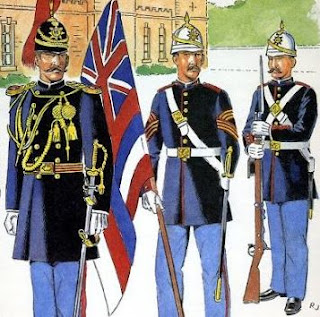 Among the broken toy soldiers recently picked up were two Timpo bandsmen. Dating to the 1950s, both were damaged, one having lost a third of its torso. As neither were likely to be drafted, decided to convert these figures into supernumeraries. The band master is now a sergeant in the 1st Battery, New York National Guard. The cymbal playing bandsman has become an officer in the Louisville Legion. 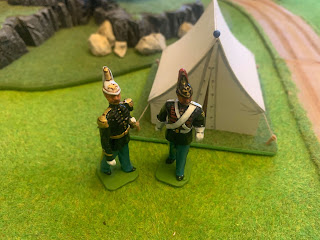 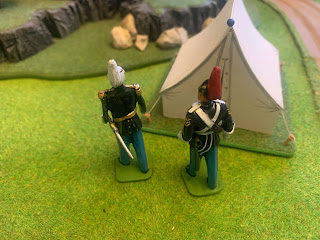 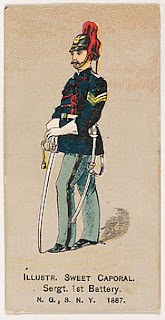 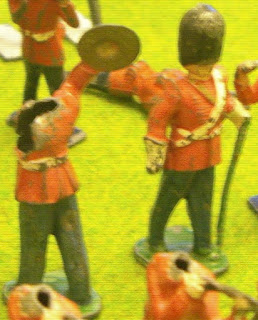