Recently repaired some old, lead dismounted horseguards. Had to construct a head using a home-service helmet and miliput. One of the figures appeared to be slightly different so appointed this figure to be their officer. They are now painted up as Ruritanian White Guards, a lance armed cavalry unit loyal to Crown Prince Rudolph,

While taking a country walk, Prince Michael came across members of his own Zenda Regiment. They have just acquired something very new to play with, but its a bit of a secret. 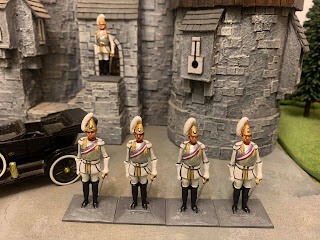 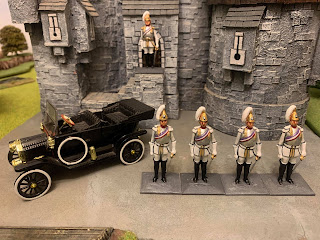 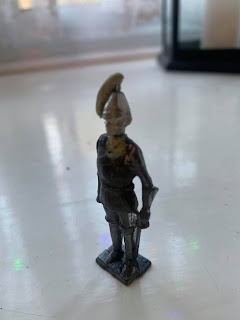 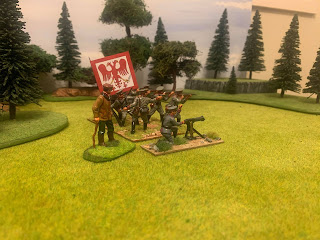 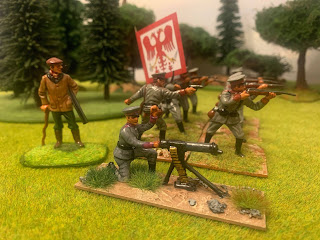