Just had a spot of luck on Ebay. Was the only bidder on five artillery pieces. Most if not all are damaged but I still think its a good buy. For my WW2 German army I was keen to get a PAK38, well I may be able to restore two. There was also two BATs, these were produced by W. Britains, they represent anti-tank guns that entered service in the 1950s. Having lost their front shields they automatically become MOBATs, a lighter model. Most BAT guns became redundant in the 1980s with the arrival of hand-held rocket propelled missiles. Not sure how I will use these but they could end up with my imaginary Zubrowka army. Lastly, an old Britains Naval gun missing much of its carriage. Total cost £13.60 including their delivery. 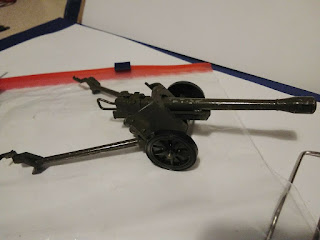 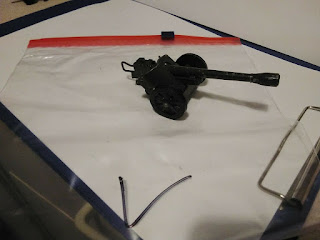 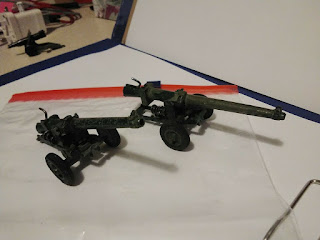 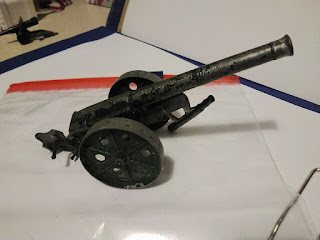