Today's post brought an interesting collection of figures. Have just started the process of classification, what make, etc. If you see any mistakes I welcome any assistance. As many are broken I would like to repair them, and improve the paintwork, perhaps also augment their basing, The UK dealer thought they dated to the 1970s, I suspect the original owner was French?

The first batch are French Foreign Legion, mainly made by STARLUX. The plain plastic figures are possibly COFALU, or cheaper copies? 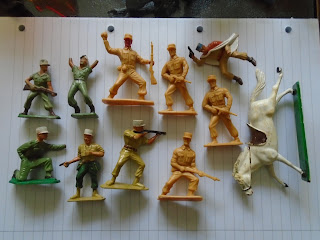 The second batch may also be STARLUX, belonging to their French paratroopers range. But at least two of these are cheap copies. 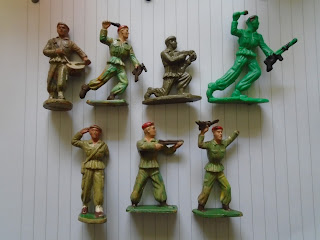 At first I thought these naval figures were all STARLUX but apparently they are CHARGANT/CLAIRET/COFALU. These cowboys and Native Indians are STARLUX. 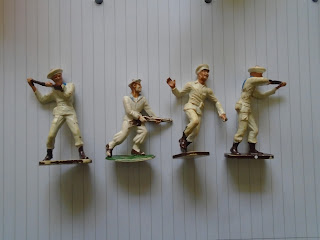 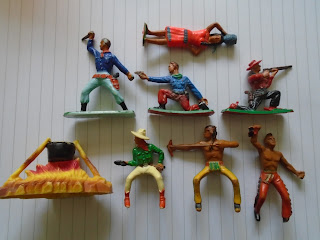 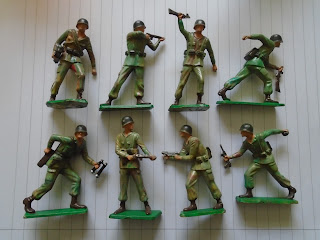 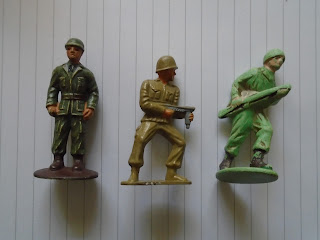 This fifth batch is the single/odd figures, some of which are quite nice. There was also a load of broken horses, my plan is to use some of these too, even if they only end up as casualties. (But will probably pass on the Cherilea Spacemen, and the Chinese copies of Britains Tipi and totem pole.) Those sandbags are well made (resin) and will paint up nicely. (Footnote, the grey Western civilian, first photo, bottom row, is a rather nice Clairet figure.) 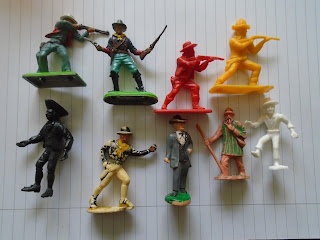 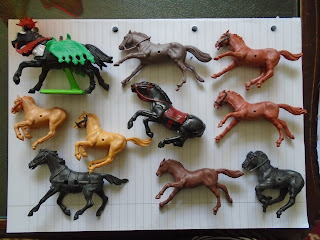 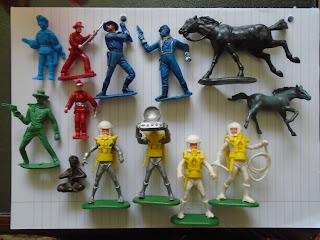 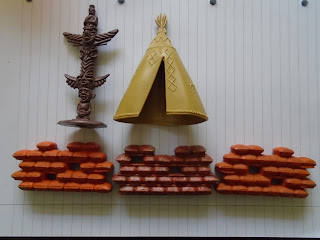 OK, there is a lot of work to be done, but they do have some appeal. It was the mounted Foreign Legion officer which made me think this could be a useful project. Total cost/delivered £9.

As a follow-on, I recently picked up these two Deetail Saracens for £9.99 delivered, so hardly cheap. But I needed a mounted commander for my Saracen/Turk medievals and the black saddle cloth caught my eye. Have already repainted the foot figure and it will serve as a lesser officer. There was also a broken knight. Rather than restoring I've converted it into a casualty, cutting away one side and bending one of the legs. 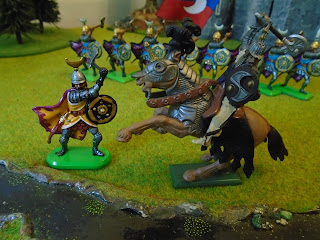 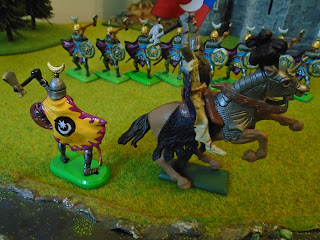 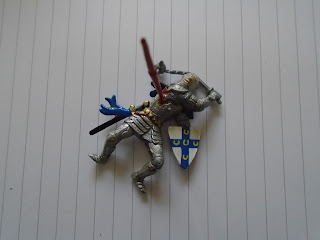