During the weekend I set about repairing a load of plastic figures recently picked up for £9. With lead spares, was able to repair twenty missing firearms, and revamped their paint work (two Deetails were left as they were). I enjoyed this project, it was rewarding. Still got another twelve to paint, the unwanted others in this interesting, largely French-made, delivery will be passed on to likely collectors.

The following will be drafted into two units of irregulars. 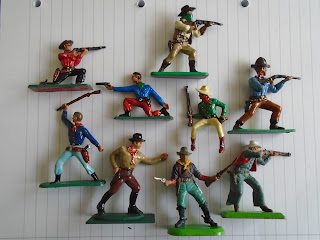 The following will furnish a small unit of French paras, another of French infantry, and a Browning heavy machine-gun crew. Their uniforms appear to be 1970s, as used in Into-China. 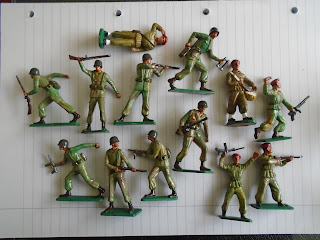 Three of the following will represent civilians. 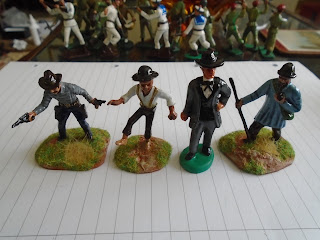 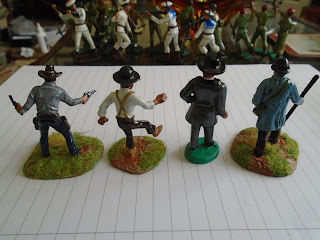 I now have a firing unit (3) of French Navy (Marin Fusiliers), and hope to raise a second out of Starlux which are slightly smaller. 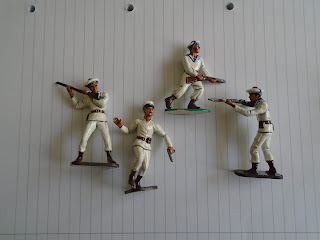 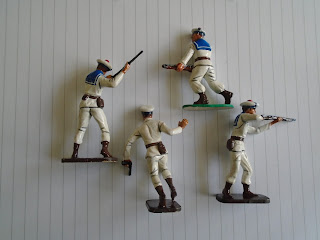 Email ThisBlogThis!Share to TwitterShare to FacebookShare to Pinterest
Labels: Starlux and others.