Decided to utilise a number of broken lead toy soldiers in my spares box. I didn't really need another British line regiment but the idea of augmenting my naval forces was appealing. The Peking marine's uniform c.1900 has appeared in a number of plates, and there are some photographs too. As I already have a red coated marine battalion having one in blue was a nice addition. With many castings lacking heads, I was able to use some home-cast Scots glengarries, while old lead railings, drilled into the broken gunstocks,  solved the other issue. (My thanks to Paul Watson for kindly sending some of those drafted into this unit.) 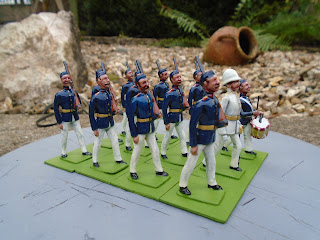 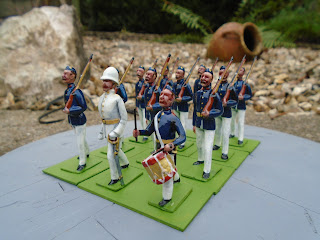 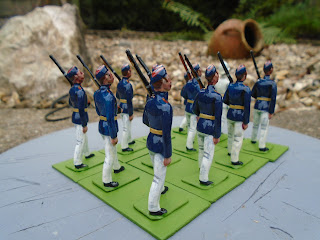 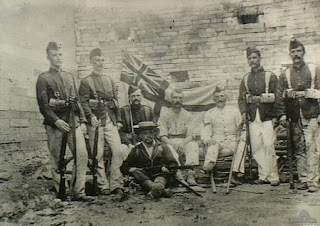 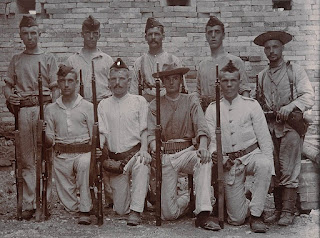 I'm clearly not the first to consider doing this! 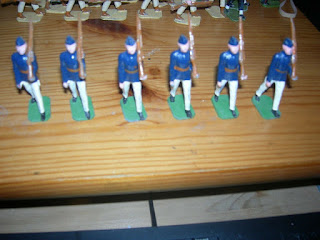