The Expedition Against St.Augustine (WARGAME part1)

With the Spanish occupation of key townships in Florida, the state government had moved to Georgia. In December, the Americans had mustered a very large force for an expedition against St. Augustine. The Spanish intelligence agency was fully aware (D5) and requested help from Cuba, and the French West Indies. The former was unable to help (D2), but the French promised some assistance as their fleet was in the area (D5).

I allowed the Spanish to field all the infantry/artillery in my collection. The Americans were granted three dice to provide the number of units participating on the expedition. Fifteen units. 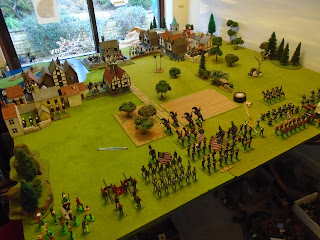 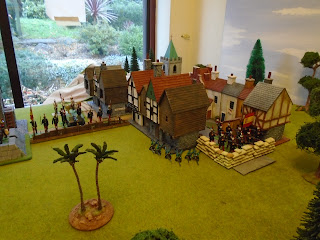 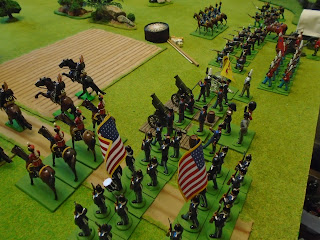 THE BATTLE
MOVE 1.The American army approached the suburbs. The Spanish artillery opened up, inflicting some casualties. But the two heavy US howitzers held their own, two D6s on Fort San Marcos, inflicting casualties with no saving throws. MOVE 2, one Spanish medium gun is hit twice, one inflicts a casualty but the other destroyed the carriage! Shock, the French arrive, three rowboats disembark two medium guns and twelve marines. It is noticeable that the Spanish and French are fortifying key buildings, as strongpoints. 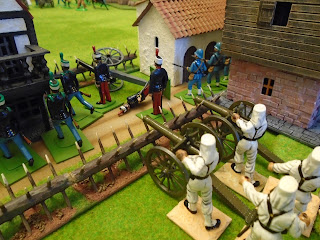 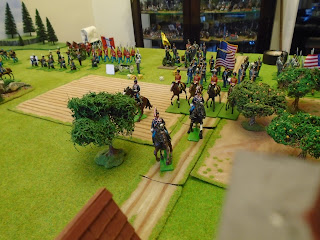 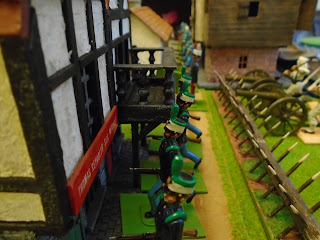 MOVE 3, the Americans continue to advance. French artillery suffer a casualty while trying to deploy their guns. The US howitzers continue to hit the fort guns. 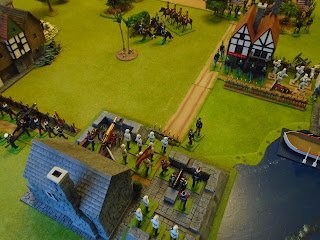 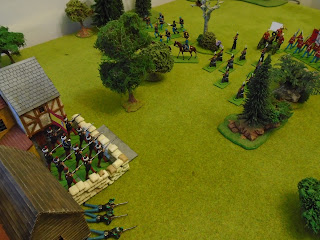 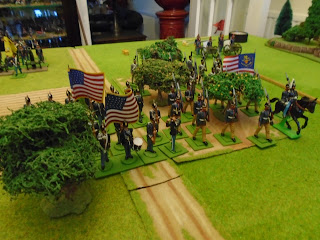 MOVE 4, the artillery have been most effective, but crew casualties are beginning to tell. French marines secure a house and open up on the American irregulars, their morale breaks, and they run. 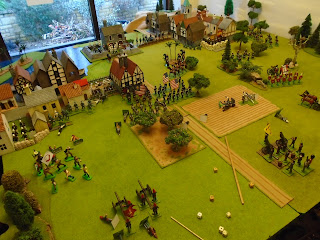 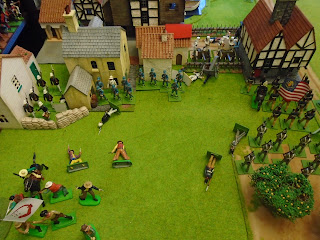 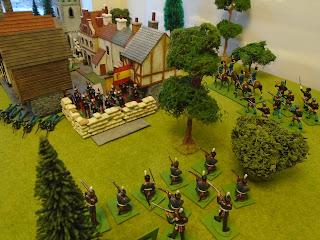 MOVE 5, US Marines advance on a key house, although they lose the melee their morale holds, while the Spanish are also forced to test their morale because they are under 50%, and they surrender. On the Spanish right, having scattered the irregulars, two battalions advance on the American left. The French, fearful of losing their artillery decide to withdraw. A contingent of Americans on their right wing causes the Spanish to also withdraw for fear of being outflanked.
This concluded the first day of the battle. Both sides will use nightfall to reassess their positions. Losses so far are 18 Americans, with a further 12 routing. The Allies have lost 16, with three more captured. 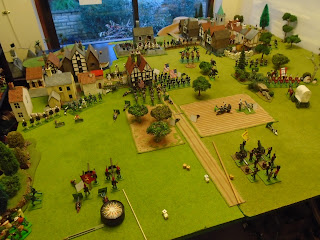