More Figures for the Collection (FEB.8)

Another batch of figures recently completed, for quite a range of nationalities. First up are Royal Army Medical Corps c.1900, two stretcher parties to add to my Surgeon. Made a point of giving them crimson facings, rather than red. 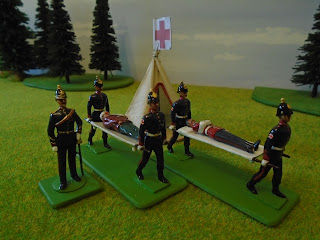 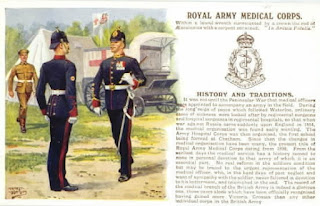 Next. My Spanish army c.1900 has also gained a stretcher team, and a surgeon. Actually, these are conversions of my previous British team, but the arrival of better castings has allowed me to go to work on these. A second unit for the Spanish is just waiting for a suitable pack animal to complete. Two other sources show armbands. 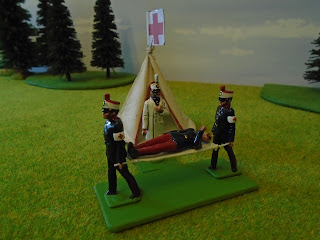 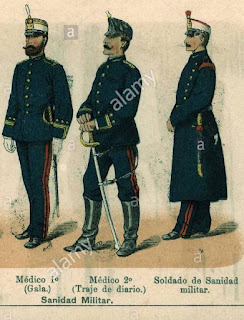 Those metal 1/35 WW2 Germans that Paul Watson sent have helped once more to add interest to my collection. Went to work converting two figures into a Signal Corps detachment. The Cable Reel was a bit fiddly to make but worth the effort, a quantity of fuse wire was then rapped round. 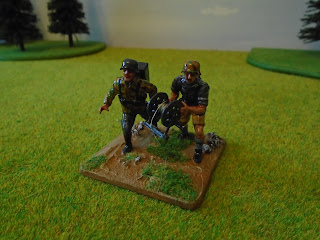 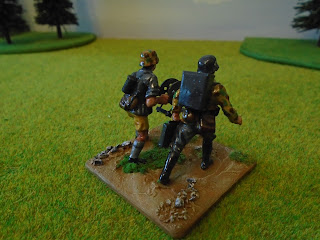 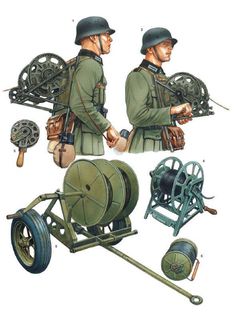 Paul also sent three Royal Navy figures. These are heavy lead castings. To be honest, I did not see the rifle and bayonets lasting long, so decided to replace them with some of my own pewter rifles, drilled into their hands. These will last much longer! 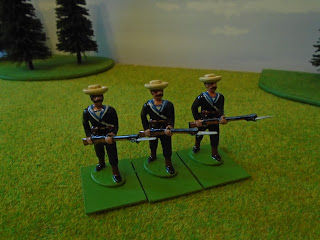 Finally. An odd lead figure of a WW1 French soldier. It was in a bad way, with a broken rifle. More useful to me carrying a flag. And completed my eighteenth Home Guard figure, with one of my home-cast heads. 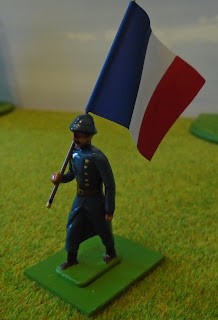 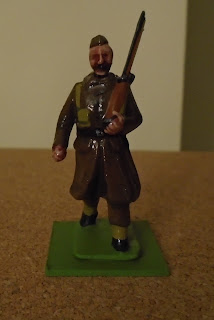