Have just completed some additions to my 1930-45 Japanese army.

I had a number of Airfix figures with broken or badly moulded rifles. Decided to repair these with drilled lead additions, and see if they could form something interesting. Here they are representing a Japanese naval landing party. Milliput and a sharp knife did the work. Have taken a slight liberty by adding some special forces armbands. 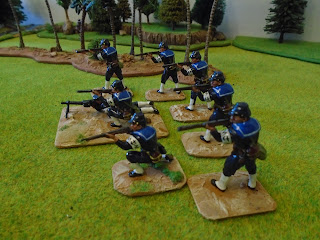 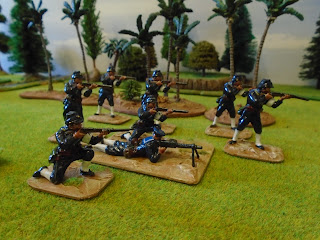 Next up is a scratch-built 50mm TYPE 11 mortar with two converted crew. 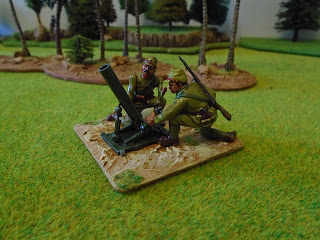 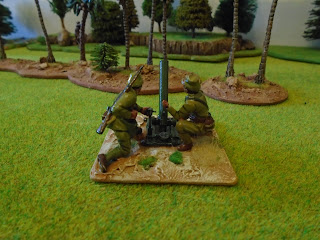 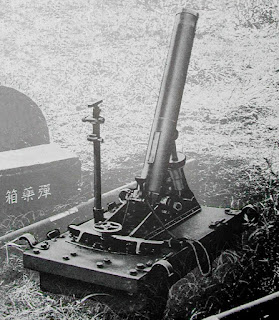 I had a few charging figures and decided to raise an independent company with white fatigue/garrison uniforms. 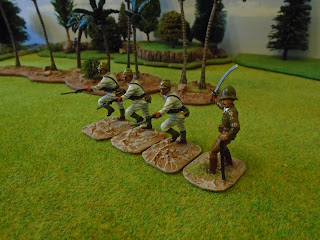 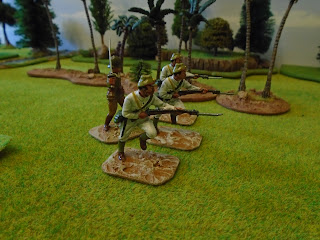 Finally, some spares were brought together to furnish a supply horse, not quite a mule. 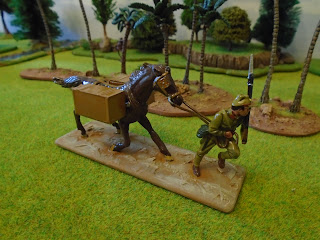