In between my researches and replacing the garden fence, decided to make an effort to clear some figures in my spares box. (Now reduced to sixteen spares/unpainted!)
First up is a command base for my Spanish army c.1900. Two WW1 Germans were easily converted. And it was nice to utilise some Britains furniture kindly supplied by Paul Watson. 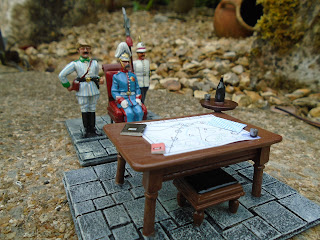 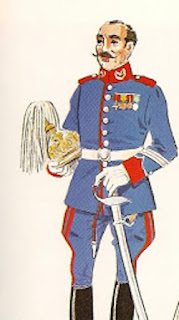 Next up are some converted British infantry marching, they now have new arms and heads to represent a French Gunboat captain, and a captain for the French naval landing party. Also shown are a French 1870s infantryman and a WW2 Dutch policeman, and why not! 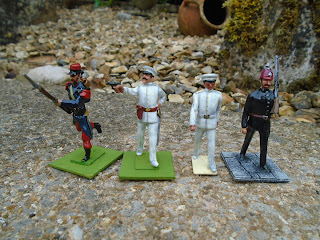 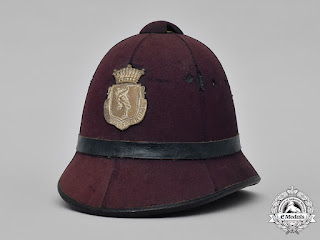 My merchant ship now has a fully qualified captain commanding. Another kind donation from Paul. I do like the idea of my ships having an 'official' crew, It makes these models more complete. 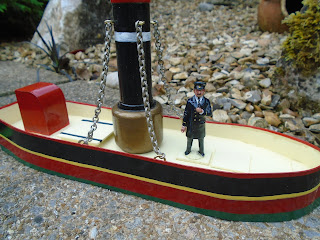 Finally got around to completing the last part of my Spanish field hospital. When I discovered this print, had to represent it in the collection. 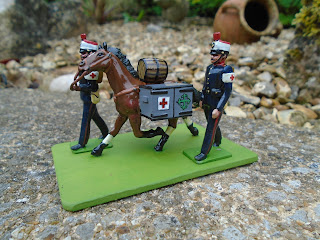 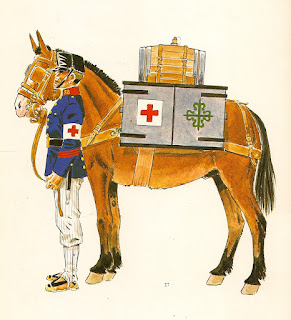 Any larger figures (56mm) in gaiters are drafted into this interesting unit. The Post Office Volunteers now number six. 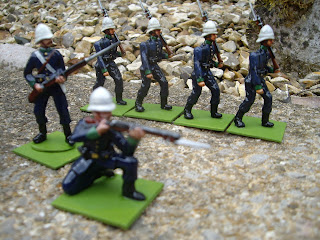 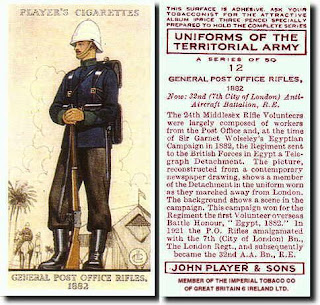 Paul kindly sent me three artillerymen in pillbox hats. Was able to convert a marching figure into a fourth, with a spare head from REPLICA, enough now for my Royal Canadian Artillery to man a heavy garrison gun 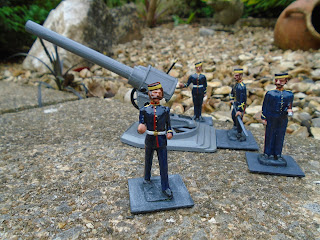 Some repaint changes here, the former Prince Regent of Ruritania has become a Spanish Captain-General. A better choice of figure, more in keeping with the others in this collection. I also converted a spare fifer into an extra artilleryman. 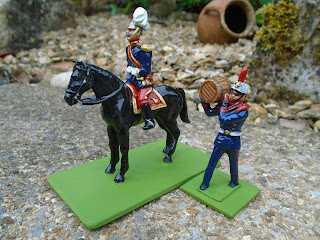 My WW2 German collection has gained a command base and soldier belonging to the Empire Workers Service, in their distinctive brown uniform. And my spares box has also furnished five extra artillerymen. 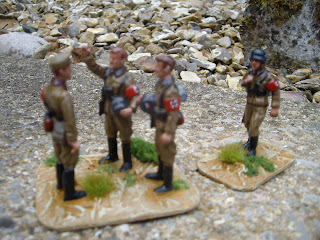 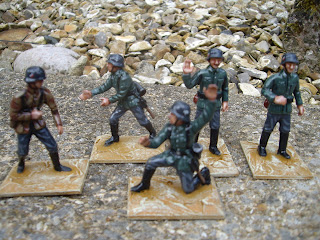 And finally, Ruritania has a new Prince Regent, and Prince Michael has an infantry command base. All uniforms based on the 1952 movie. Most of the figures in this collection are about 50mm tall. 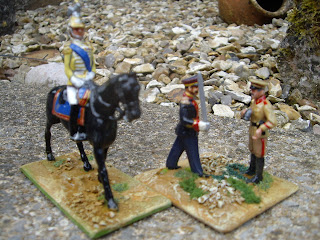 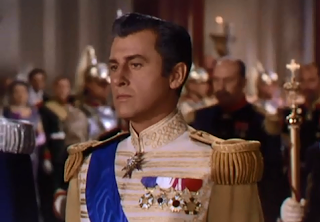